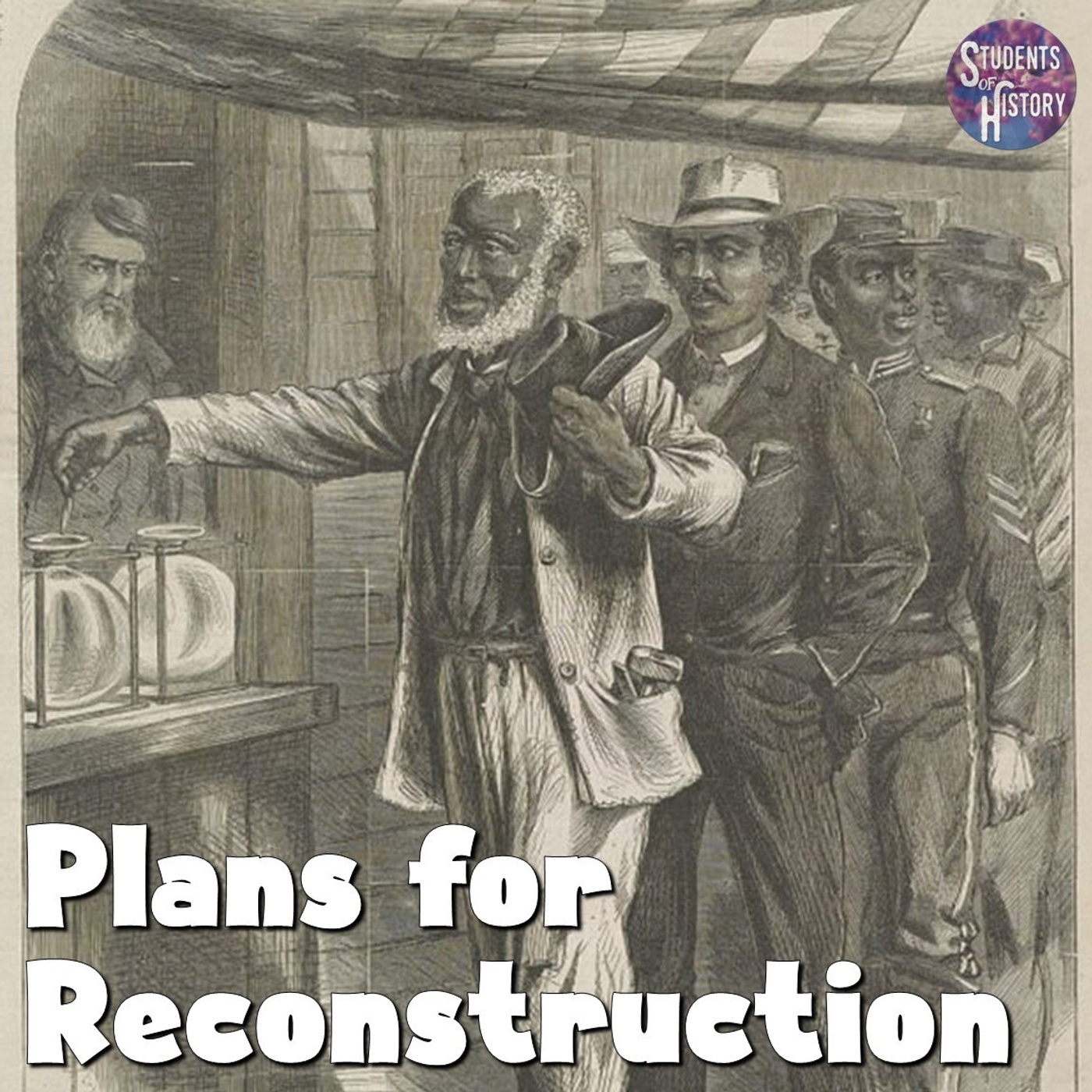 Listen to this article
Comparing Plans for Reconstruction
3:10

As the Civil War came to a close, it was obvious that there would be difficulty in how Southern states rejoined the Union. Tensions were still high, many cities and infrastructure in the South were in ruin, the Emancipation Proclamation had declared over 3.5 million enslaved people in the South “forever free,” and the question of a national identity hung in the air.

A plan for Reconstruction, the time period after the Civil War that was marked by a sense of rebuilding, was desperately needed. Three different proposals for bringing the Southern states back into the Union were considered: President Lincoln’s, Vice President Andrew Johnson’s, and the Radical Republican Plan.

President Lincoln began formulating a plan back in 1863, nearly two years before the Civil War ended. He first proposed his 10% Plan that year. This proposal stated that if 10% of the people in a Southern seceded state voted to re-enter the Union and accepted Emancipation, they could come back into the United States. He saw this as a loyalty oath, and was sure to promise that any Confederate soldier would receive a pardon. High Confederate officials and military leaders, however, would be excluded from this process.

The Wade-Davis Bill of 1864, written by Senator Benjamin Wade of Ohio and Representative Henry Winter Davis from Maryland was another plan for Reconstruction. As part of this proposal, at least 50% of the eligible voting population would have to take an oath of loyalty to the Union. Each state would also be required to draft a new Constitution abolishing slavery to be considered for readmittance, and the new state government would not be able to feature any Confederate officials in any seats. This bill passed both houses of Congress, but was pocket vetoed by President Lincoln and never took effect.

Lincoln’s Vice President, Andrew Johnson, had a somewhat different plan in mind. He became president after Lincoln was assassinated in April 1865, and chose to base his plan on his predecessor’s. He was also from Tennessee and naturally favored a plan more lenient on the South. 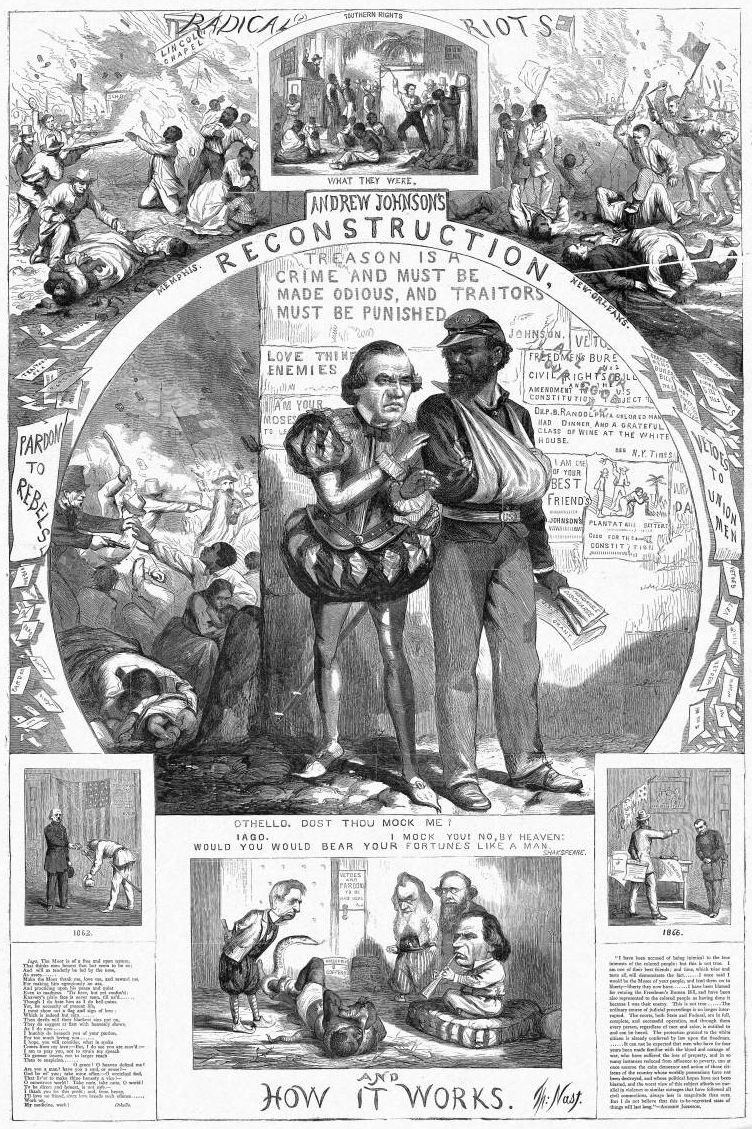 Johnson wanted a speedy restoration of the Union. He provided amnesty for ex-rebels, except those holding over $20,000 in property (over $360,000 in today's dollars). Confederate leaders and those with substantial property would have to apply for a Presidential pardon. Southern states would also have to uphold the 13th Amendment which abolished slavery and draw up new constitutions.

However, his plan was considerably lenient on the South. Former Confederate leaders took lead roles across the South and passed racist Black Codes governing the conduct of African Americans. Some Northerners began to question if the Civil War had been fought for nothing.

Radical Republicans in Congress were furious with Johnson. He ignored their outcries and announced that all former Confederate states had satisfied his requirements to rejoin the Union in 1866. Congress said, "not so fast" and passed the first of four Military Reconstruction Acts in 1867 to raise the bar for bringing Southern states back into the Union. Their disagreements with President Johnson led to his impeachment in 1868, with the Senate falling one vote short in its vote to remove Johnson from office.