Age of Encounter and Exploration

The first unit in my US History curriculum covers Indigenous American civilizations, the European explorers who reached the Americas, and the interaction between them.

This is a fantastic unit for middle school or high school US History students and a great way to start off the year. There’s a variety of activities for each day in the unit so that students are always engaged with something new.

The unit begins with a look at the diverse tribes that inhabited the Americas around the 1500s. A PowerPoint with guided notes (or “flipped classroom” video version) introduces students to them by group and provides background on the culture of the Iroquois, Algonquians, Cherokee, Apache, Navajo, Sioux, and more.

There’s a primary source analysis of the Iroquois constitution as well as a "One Pager" project on American Indian tribes.

For looking at the European explorers, there’s an awesome “magic portrait” PowerPoint with guided notes (or “flipped classroom” video version), along with a great “dinner party” activity in which students read about explorers and then must seat them around a table in a way that each as something in common with those next to them. 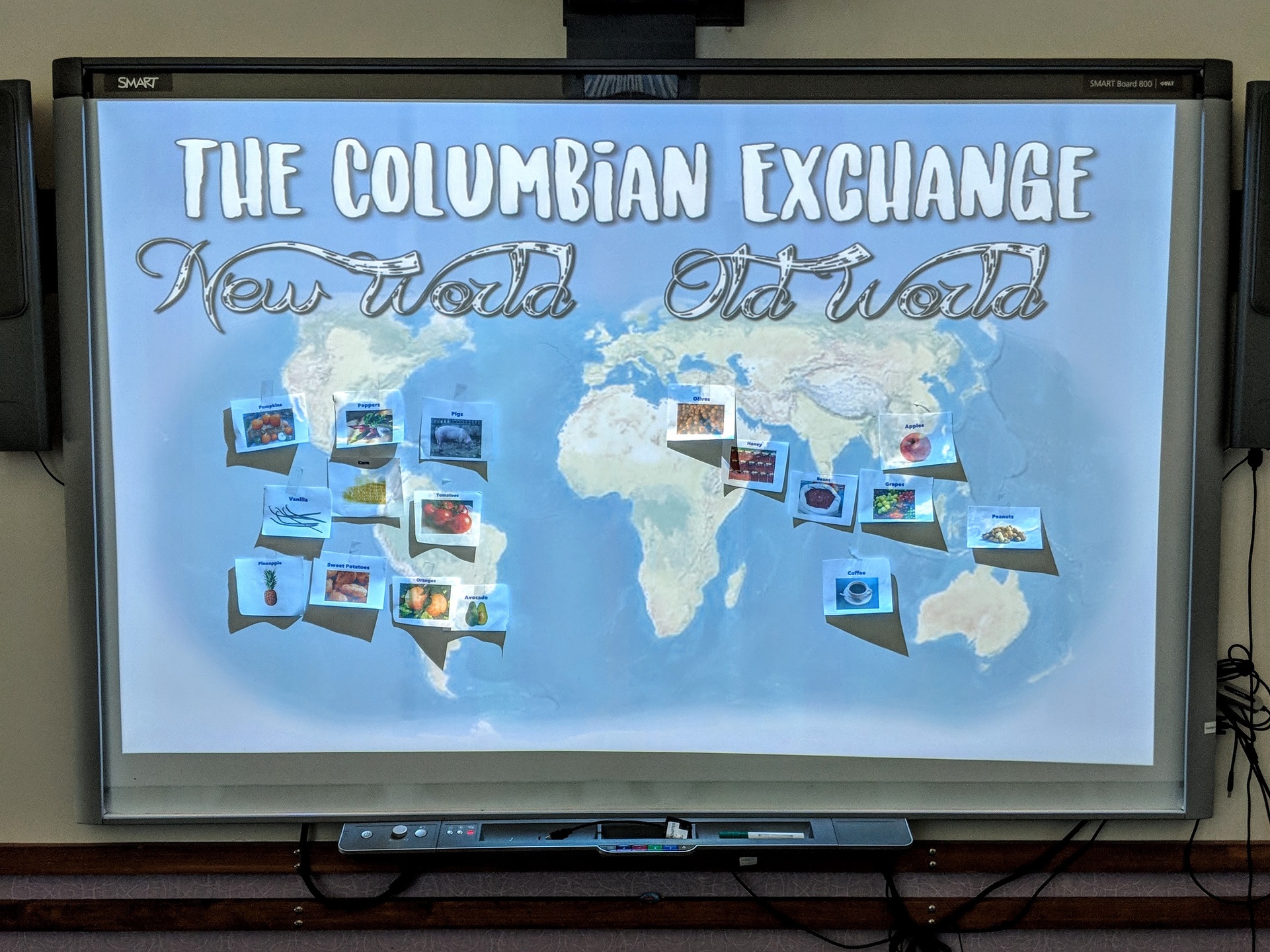 Another great lesson covers the Columbian Exchange and has students creating Old World and New World lunch menus based on what goods existed where.

The next lesson covers Spanish conquistadors. An excerpted primary source analysis activity helps students understand the terrible impact Cortes, Pizarro, and others had on the indigenous people of Central and South America.

Lastly, the unit concludes with an analysis of the slave trade and barbaric Middle Passage that brought millions of kidnapped Africans to the Americas. Students analyze documents and use Olaudah Equiano’s first-hand account to better understand the brutality of this awful institution and the untold impact it had on this country.

Throughout the unit, students can also work on a variety of engaging digital interactive notebook activities or the unit guide packet. There are dozens of great videos linked to use in your lessons along with readings you can share from our online textbook.

Again, you can download everything for this unit here in one handy zip folder that can be saved to your desktop. Or, you can sign up for a Students of History subscription and gain access to the entire unit’s lessons and resources online. A subscription also gets you immediate access to the ENTIRE US History curriculum. That’s 19 complete units like this one full of awesome lessons and resources.

Thanks so much for checking it out