The fifth unit in my World History curriculum focuses on Ancient Rome, from the early days of the Republic through it becoming an empire and the good and bad emperors that ruled it, to finally the fall of the Western Roman Empire in 476 CE.

With a wide variety of engaging, student-centered activities and in-depth primary sources, this is a wonderful unit to help your students understand the impact Ancient Rome had on our world today.

You can download the entire unit bundle here or join Students of History with a subscription and access to everything online. 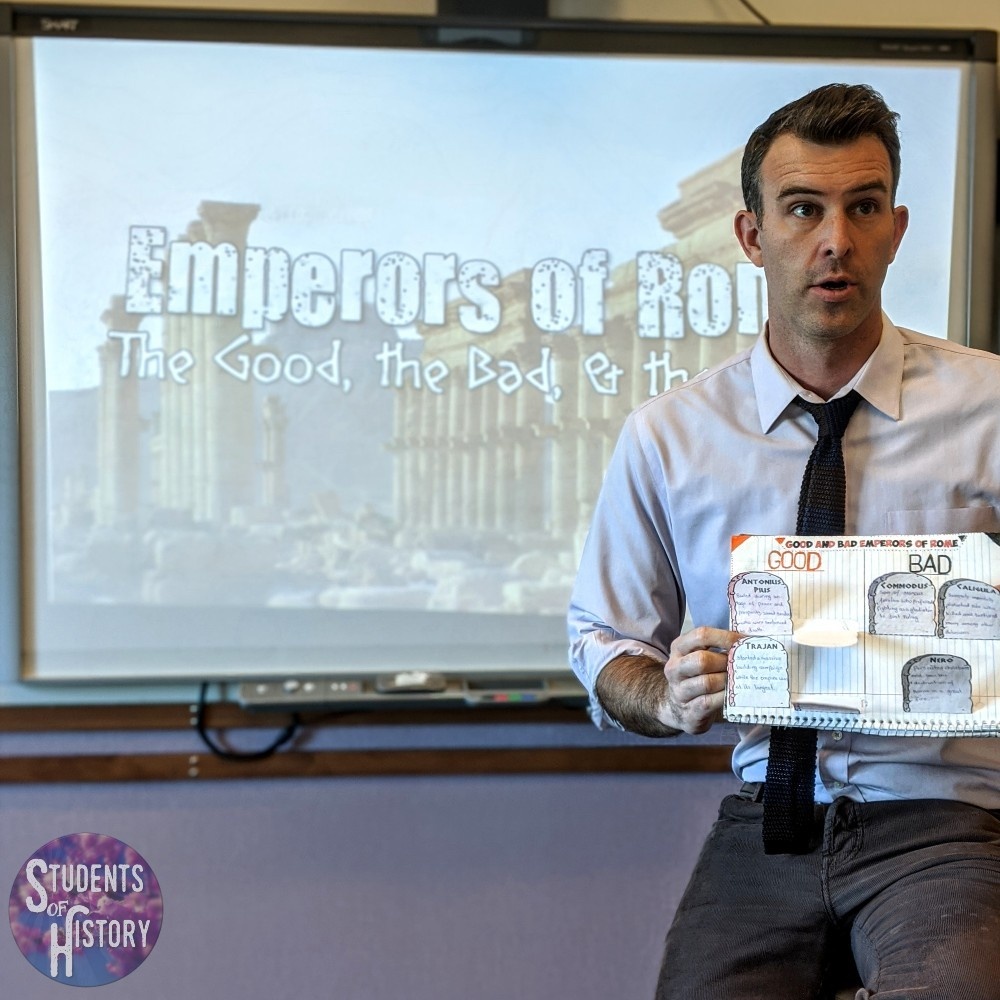 The unit begins with 2 background lesson: early Rome and Daily life in Rome. A PowerPoint with guided notes (plus Google Slides and "flipped classroom" video options as well) teaches students about the founding of Rome and its early government. Several video clips are available here to use as a transition into comparing Rome's 12 Tables to Hammurabi's Code of Laws through primary source excerpts and a worksheet. Lastly, students complete either an interactive notebook mapping activity or a digital notebook map if you prefer students to work online.

The next lesson covers Roman civilization. Students use primary sources to learn about daily life in Rome before reading about a typical Roman meal. This is also a great class to begin the thorough unit guide packet and allow students to work on it throughout the unit.

The Punic Wars with Carthage are the focus of the next lesson along with the impact these had on Rome. After a warmup, a PowerPoint (with notes/Slides/video) takes students through the devastating conflicts and how they left Rome as the most powerful civilization in the Mediterranean. Several video clips are available to use next before students move on to a reading and notebook activity on the Punic Wars and the slow decline of Rome's Republic.

The next lesson covers the transition to the Roman Empire era. An engaging PowerPoint (plus guided notes/Slides/video) on the rise of Julius Caesar is a great way to introduce this massive figure from World History. Following this, students review Caesar through the eyes of Shakespeare with a  Julius Caesar obituary activity. The lesson closes out with a timeline activity to help students understand the full picture of the Roman Republic and Empire.

Several of Rome's emperors take center stage in the next lesson. An amazing "magic portrait" PowerPoint brings some of the "good" and "bad" emperors to life in your classroom. A graphic organizer helps students think critically as they categorize each emperor, including Marcus Aurelius, Nero, Hadrian, and others. There is then printable PDF and digital notebook activities on the emperors of Rome to use. 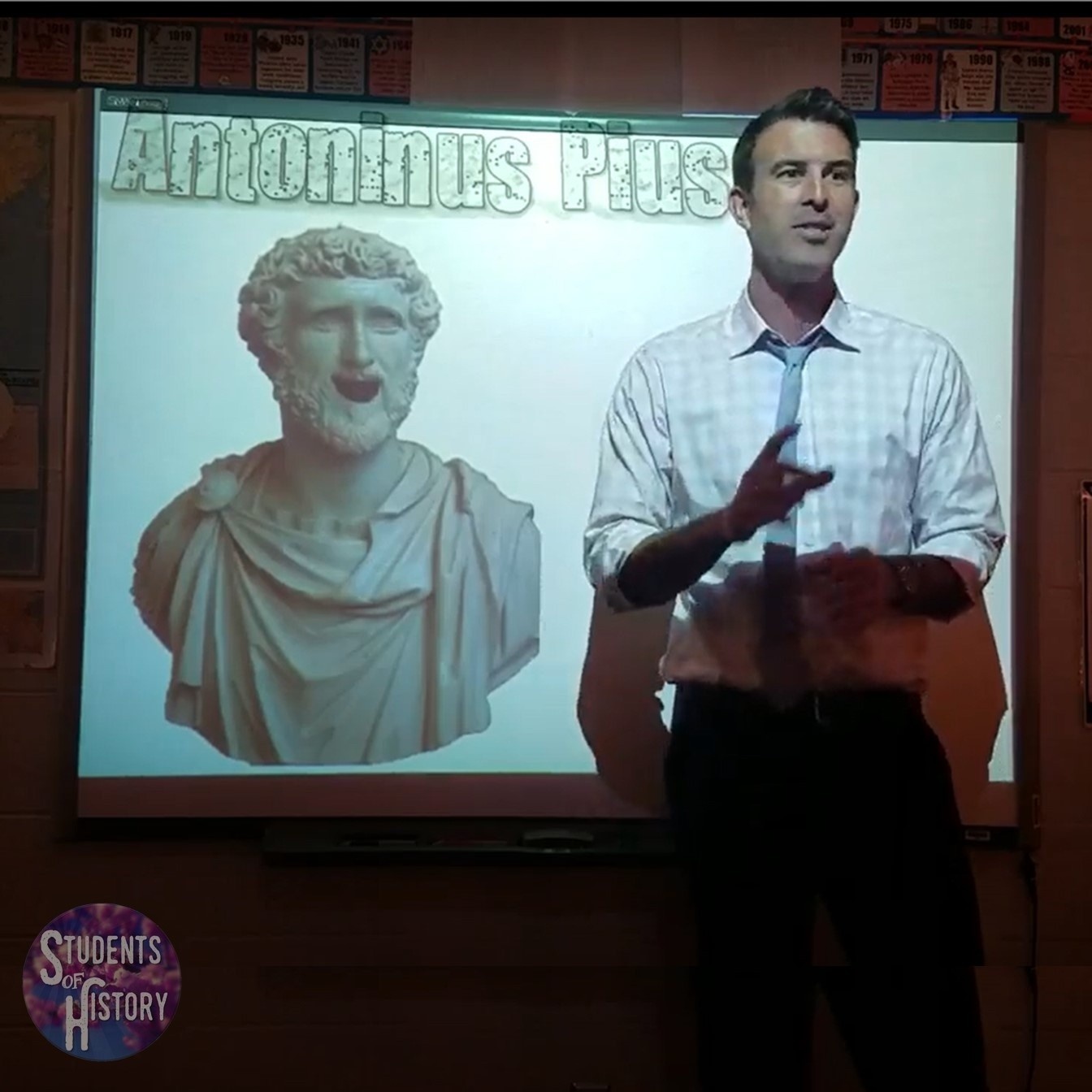 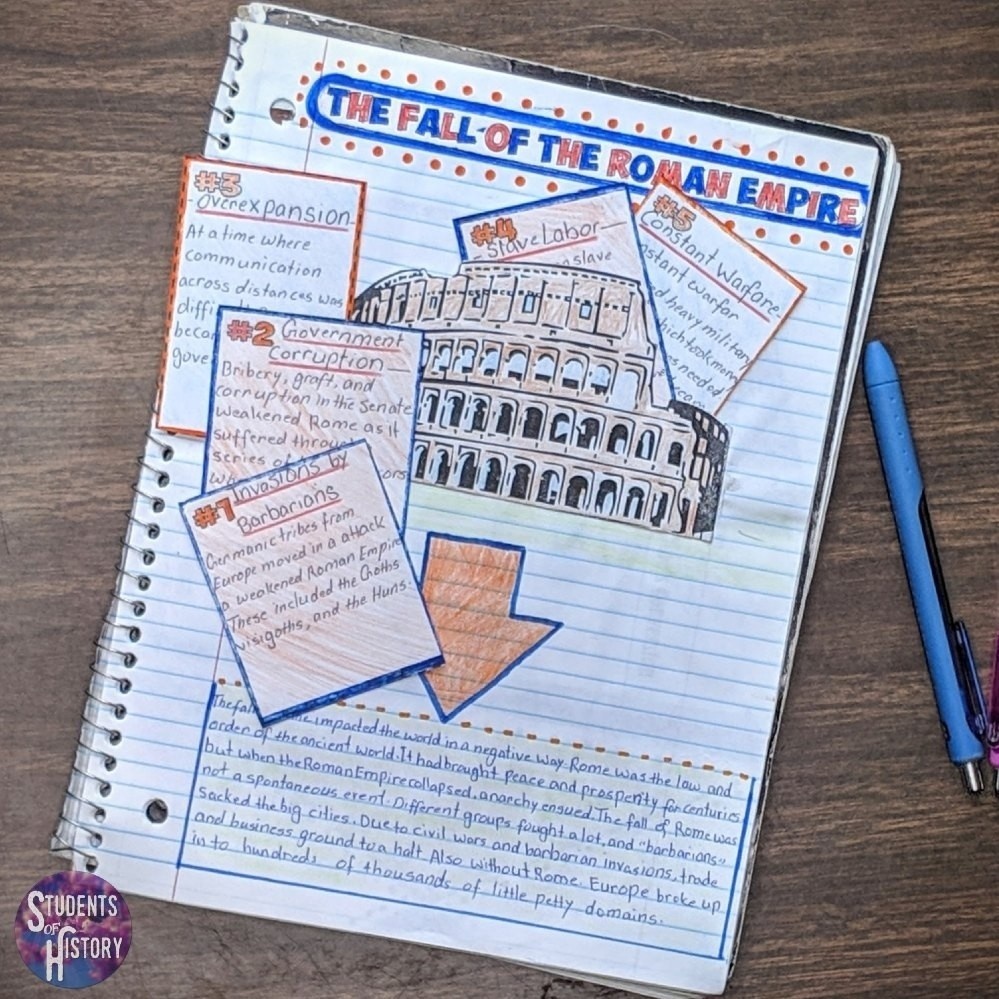 The Pax Romana period is covered in the next lesson as students learn about life during this long era of peace. There's an activity on Roman mythology as well as several video options for students to start off with before they move on to reading activities on Pompeii and the eruption of Mt. Vesuvius or a a primary source on gladiators that can be used here.

Christianity's rise in Rome is covered in the next lesson with a PowerPoint (with guided notes/Slides/video) that covers its growth, the persecution of Christians, and finally it becoming the state religion of the Roman Empire. A primary source analysis on Nero's treatment of Christians is included for students to complete next before a digital activity closes out the lesson.

The unit closes off with a lesson on the decline and fall of the Roman Empire. A straightforward and engaging PowerPoint (with notes/Slides/video) can be used to cover the causes of the fall of Rome as well as an amazing 3D PowerPoint option that will really enthrall your students. Next, students analyze the causes and effects of Rome's fall and then move on to a sorting the causes project.

There are also two sets of digital notebook activities (on the Republic and the Empire) and a thorough unit guide packet so there is never a shortage of resources.

The unit concludes with review games and activities before moving on to an editable unit test, with a Google Forms version included for easy grading!

Thanks so much for checking it out!