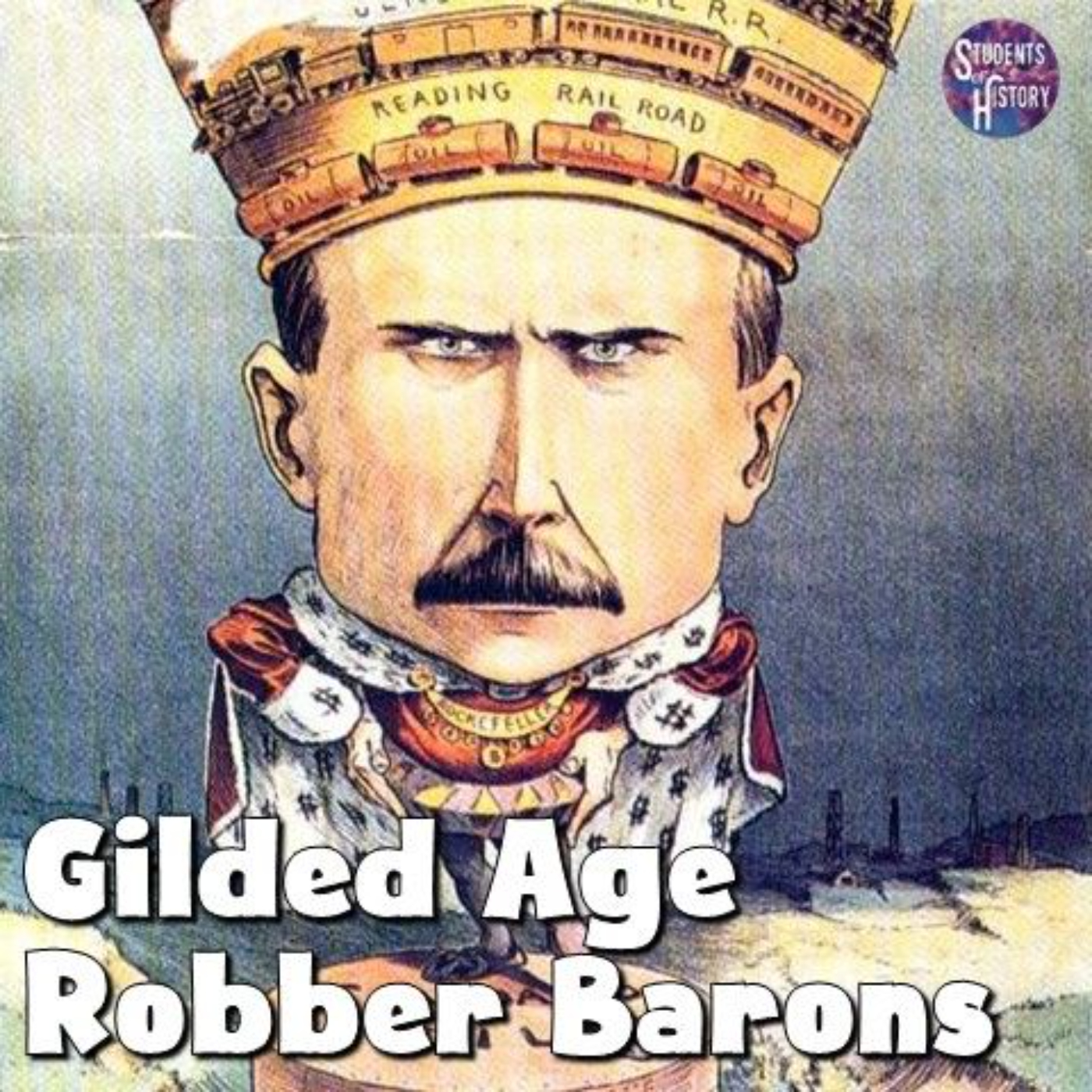 During the Gilded Age, a number of businessmen made large sums of money by gaining control of whole industries such as railroads, banking, or oil. The practice of controlling an entire industry is known as having a monopoly over that industry. 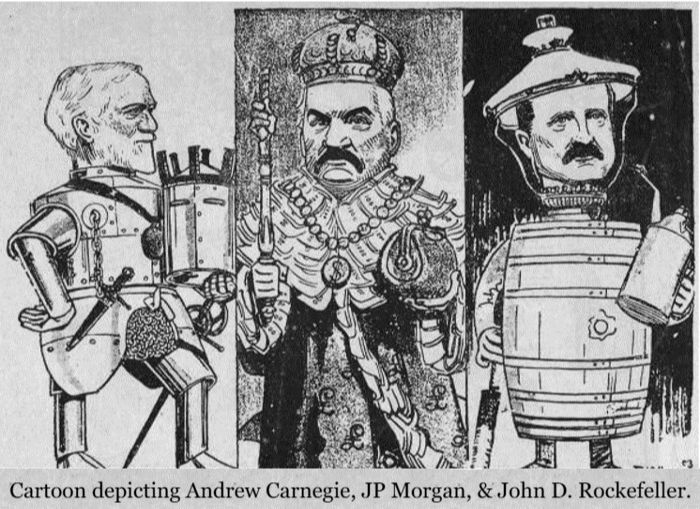 JP Morgan was born John Pierpont Morgan on April 17, 1837. He dominated the banking and finance industry during the Gilded Age. During the financial Panic of 1907, Morgan helped save the American economy leading a bail out of failing banks. Morgan financed several multinational corporations including U.S. Steel and General Electric.

Even wealthier than JP Morgan was John D. Rockefeller, America's first billionaire and founder of the Standard Oil Company. While Morgan was born into wealth, Rockefeller started at the bottom as a clerk.

After the Civil War, Rockefeller realized that oil would be the future of powering an industrialized America. He bought up every oil company he could and created a monopoly. This process of buying up companies to eliminate competition is known as "horizontal integration".

At this time, oil was an important commodity in the United States, as it was first used as a light source and later as a way to power automobiles. He even sold oil by products to create tar, petroleum jelly, paint, and chewing gum.

His ruthless business practices came under criticism, particularly from the muckraker Ida Tarbell. In 1911, the Supreme Court ruled that Standard Oil violated federal antitrust laws. It was broken up into 34 separate entities, including the future ExxonMobil and Chevron. 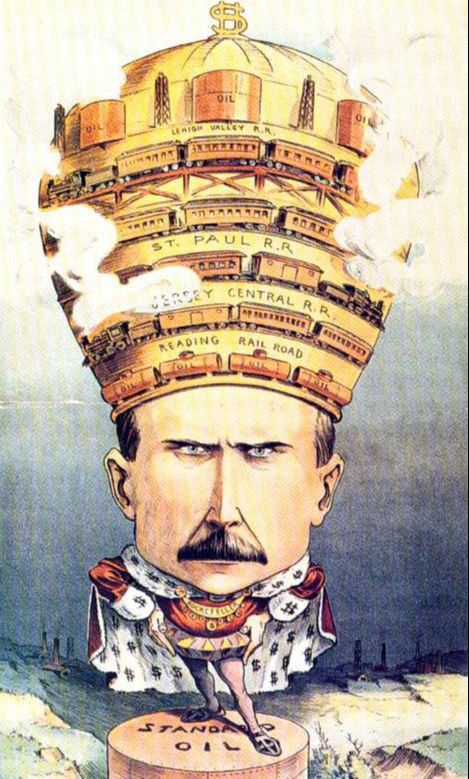 In his later years, Rockefeller became a philanthropist and gave great sums of his money to charities that helped medicine, education, and scientific research.

Cornelius Vanderbilt was an American businessman who built his wealth through the railroad and shipping industries. Born in 1794, Vanderbilt was an early investor in America's first railroads. He got into the industry at the ground floor and was able to accumulate incredible wealth.

After 1849, when people flocked to the West with the promise of finding gold, Vanderbilt took advantage of Americans’ wishes to head to California. He set up the Accessory Transit Company, which many hopefuls used to travel to the West Coast during the Gold Rush. 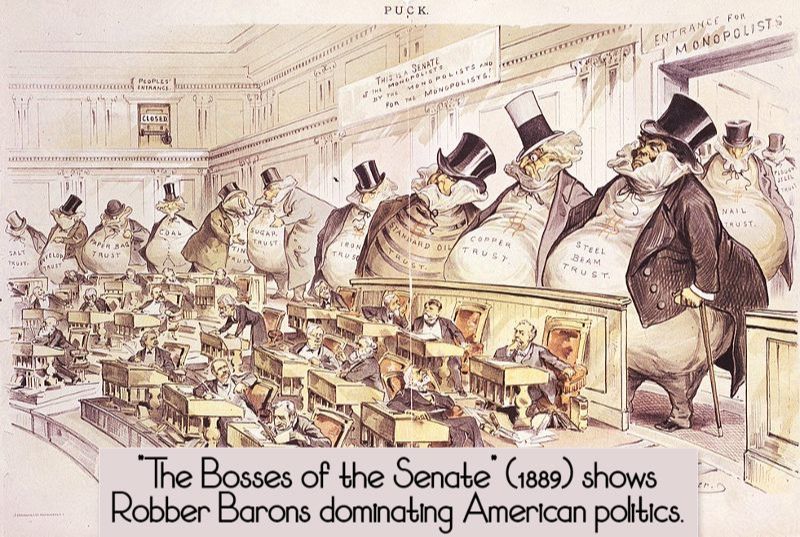 Vanderbilt's railroads needed steel, as did America's growing cities. Andrew Carnegie, an immigrant from Scotland, realized this need and became one of the richest people in American history through his Carnegie Steel Company.

Carnegie immigrated to Pittsburgh with his parents in 1848 at age 12. Like Rockefeller, he started at the bottom and worked 12-hour days at a cotton mill as a young boy.

He later found work as a telegraph operator for a railroad company and worked his way up after investing in railroads, oil, and steel. America's industrialization led Carnegie Steel Company to become one of the most successful companies in the world.

Carnegie utilized "vertical integration" in which he owned ever aspect of the business, from the mines to the factories, to the railroads that shipped his steel. It was because he was in charge of the process from the first step to the last that he became so wealthy.

JP Morgan would later buy Carnegie Steel and transform it into his U.S. Steel Corporation. Like Rockefeller, Carnegie retired and became a philanthropist.

There is still a debate in American history if these wealthy business tycoons are robber barons or captains of industry. They helped to create the idea of the American Dream, that hard work and good fortune would bring wealth. However, they also exploited workers, often children, with low wages, long hours, and dangerous working conditions.

A group of progressives would challenge them and help create laws that would better protect America's workers.