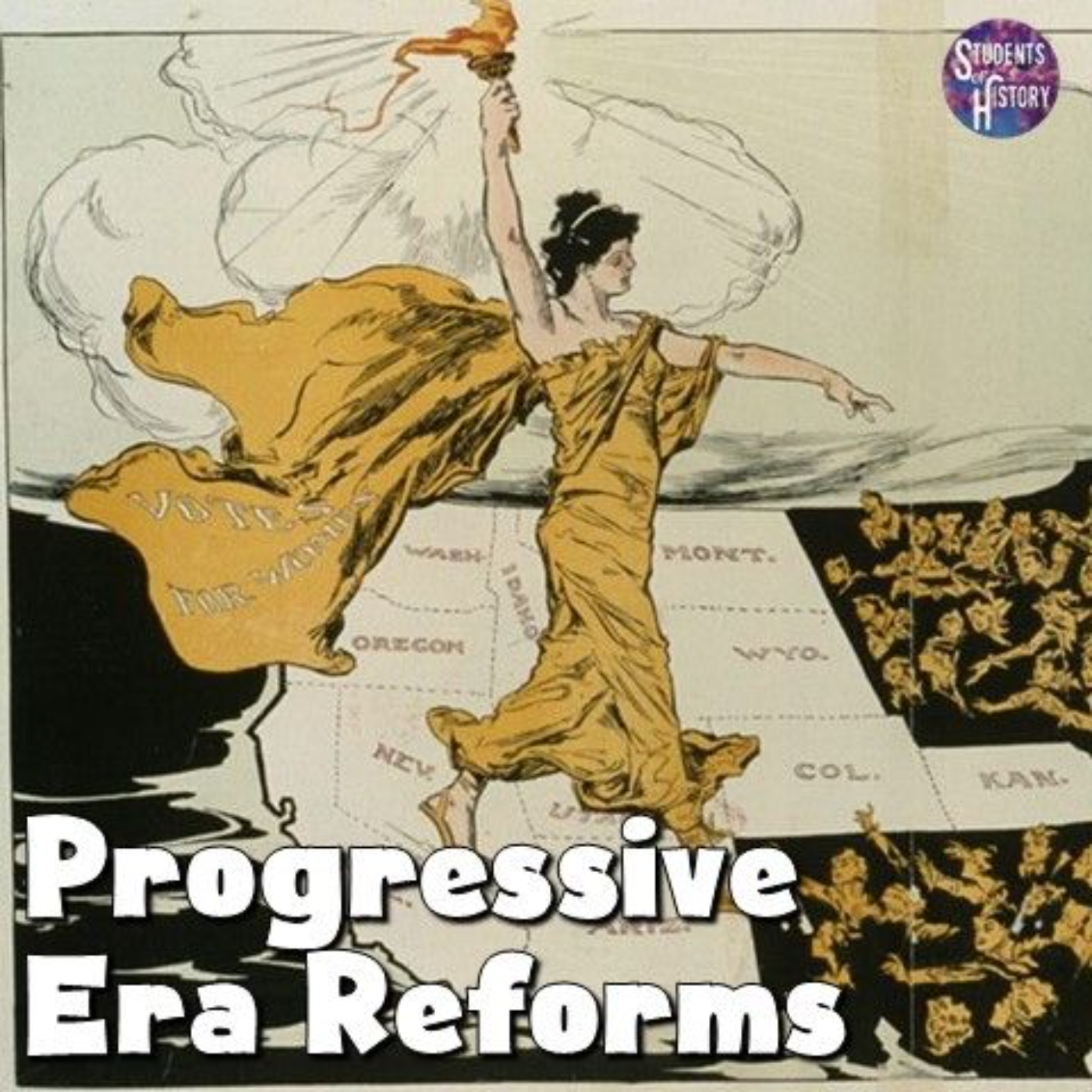 The Progressive Era spanned the late 1800s to the 1920s. The political and social changes which occurred during this time were a direct response to the corruption and the greed displayed by powerful Robber Barons and tycoons during the Gilded Age.

America continues to benefit from the many reforms that were proposed and then enacted as a result of the Progressive Era.

The idea of referendums, recall, and initiative was one to give voters greater power over legislation and the lawmakers and politicians who served them.

A referendum is a question that appears on a ballot that voters can answer in order to voice their opinion on a particular issue. If the referendum question gains enough “yes” votes, then it passes. If it does not, then the referendum does not pass.

A recall occurs when citizens decide that they would like to vote an official out of office before his or her term has ended. Citizens might do this if they feel that the official is corrupt. 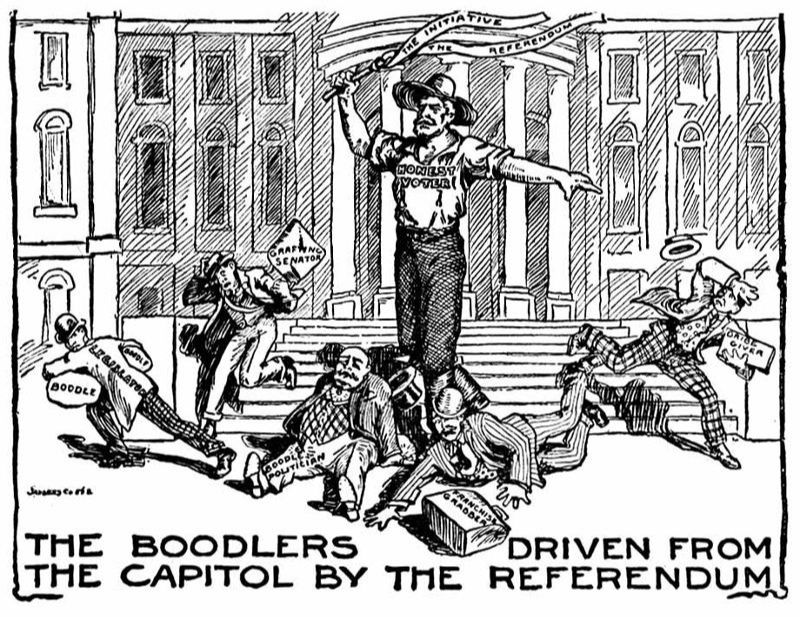 An initiative is when citizens decide to put an issue on their ballot with or without the permission of their state legislature. It usually involves gathering enough signatures and then the initiative going on a ballot. This allows people the power to create a law when their legislators are not willing to do so. 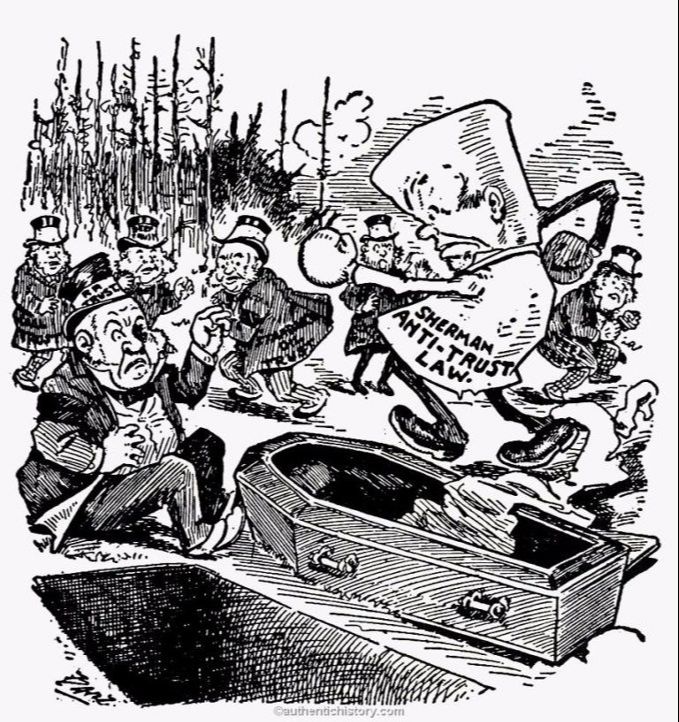 Following the money and power-grabbing era of the Robber Barons, the U.S. government decided it was time to take on the powerful monopolies. A monopoly is when one corporation or person controls almost an entire industry, such as steel or oil, so there is no competition.

In 1890, Congress passed the Sherman Antitrust Act, which was the first federal act to make monopolistic business practices illegal and to prohibit trusts.

This guaranteed that more companies could get involved in various industries, instead of just a handful of individuals controlling the production and sale of much-needed materials.

Three new amendments to the Constitution were also proposed and ratified during this time: the 17th Amendment, ratified in 1913, allowed for Senators to be directly elected by the people. Before the 17th Amendment, Senators had been chosen by the state legislatures, and not everyday voting citizens.

The 18th Amendment of 1919 established the prohibition of alcohol after decades of efforts by the temperance movement to have it banned. This began what is known as the Prohibition Era in US History. The law made the production, sale, and transport of alcohol illegal. Many people tried to get around this amendment through bootlegging and speakeasies, however, and the enforcement of this law was difficult. 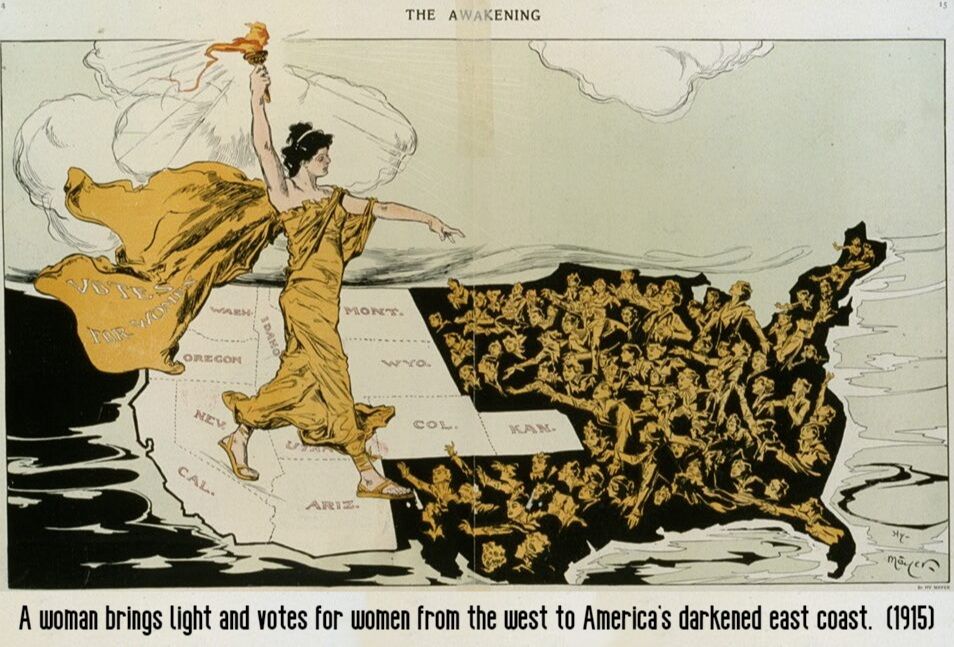 Finally, the 19th Amendment, ratified in 1920, officially gave women the right to vote. This came after years of protests and attempts at reform led by the Women’s Suffrage Movement (the word “suffrage” means “the right to vote”).

Among the other reforms that the Progressive Era saw were laws to regulate and limit dangerous child labor and laws which created the 8-hour work day and 40-hour work week.