Unit 11 in my US History curriculum covers the Gilded Age in America, as Mark Twain famously called it. This includes industrialization, urbanization, increased immigration, and more.

This is a fantastic and engaging unit for your middle school or high school US History classroom and a great way to introduce the modern age. There’s a wonderful array of activities for each day in the unit so that students are always getting creative with something new

You can download all the lesson plans and materials for the unit here, or join Students of History with a subscription to immediately access everything online.

The unit begins with a lesson on the Exodusters and the Homestead Act that connects this era to the previous unit on Reconstruction. This thorough and thought-provoking lesson features images and primary sources which can be analyzed individually or in groups.

The next lesson covers some of the major inventions that changed the way America produced and sold goods. Students complete an interactive Industrial Inventions Chart to learn about and categorize the major developments. Next, they work together on a fun Infomercial Project for one of the inventions.

Up next is a lesson on the era's influential "Robber Barons" like John D. Rockefeller and JP Morgan who became some of the richest men in history. After an engaging PowerPoint and guided notes (with Google Slides and "flipped classroom video options), students move on to a video and worksheet, a political cartoon analysis or a biography worksheet on Andrew Carnegie.

Immigration during the Gilded Age is the focus of the next lesson. Students work together to analyze a set of primary source Political Cartoons on immigration over several decades to see how attitudes changed (or didn't change). After this, students review a song on "Nativism” or complete an interactive cut-and-fold Interactive Notebook activity on immigration and tenements. 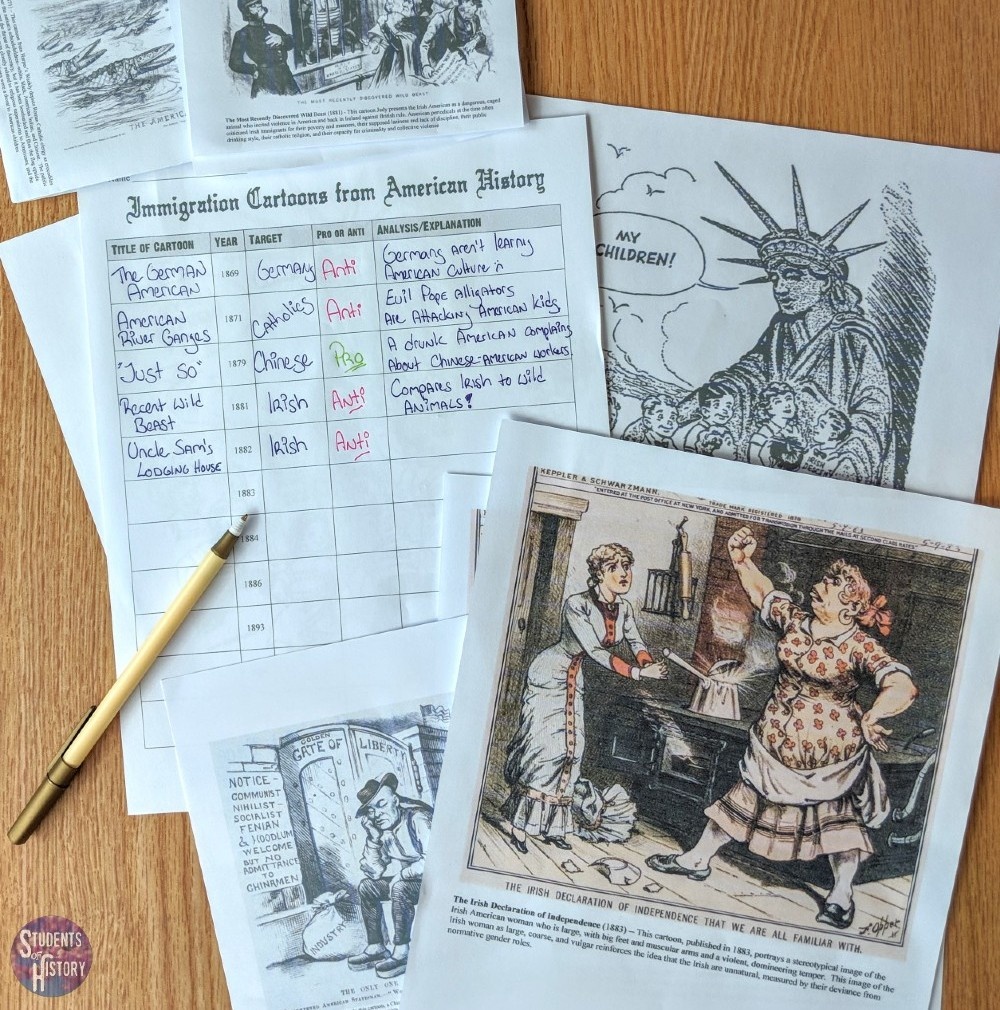 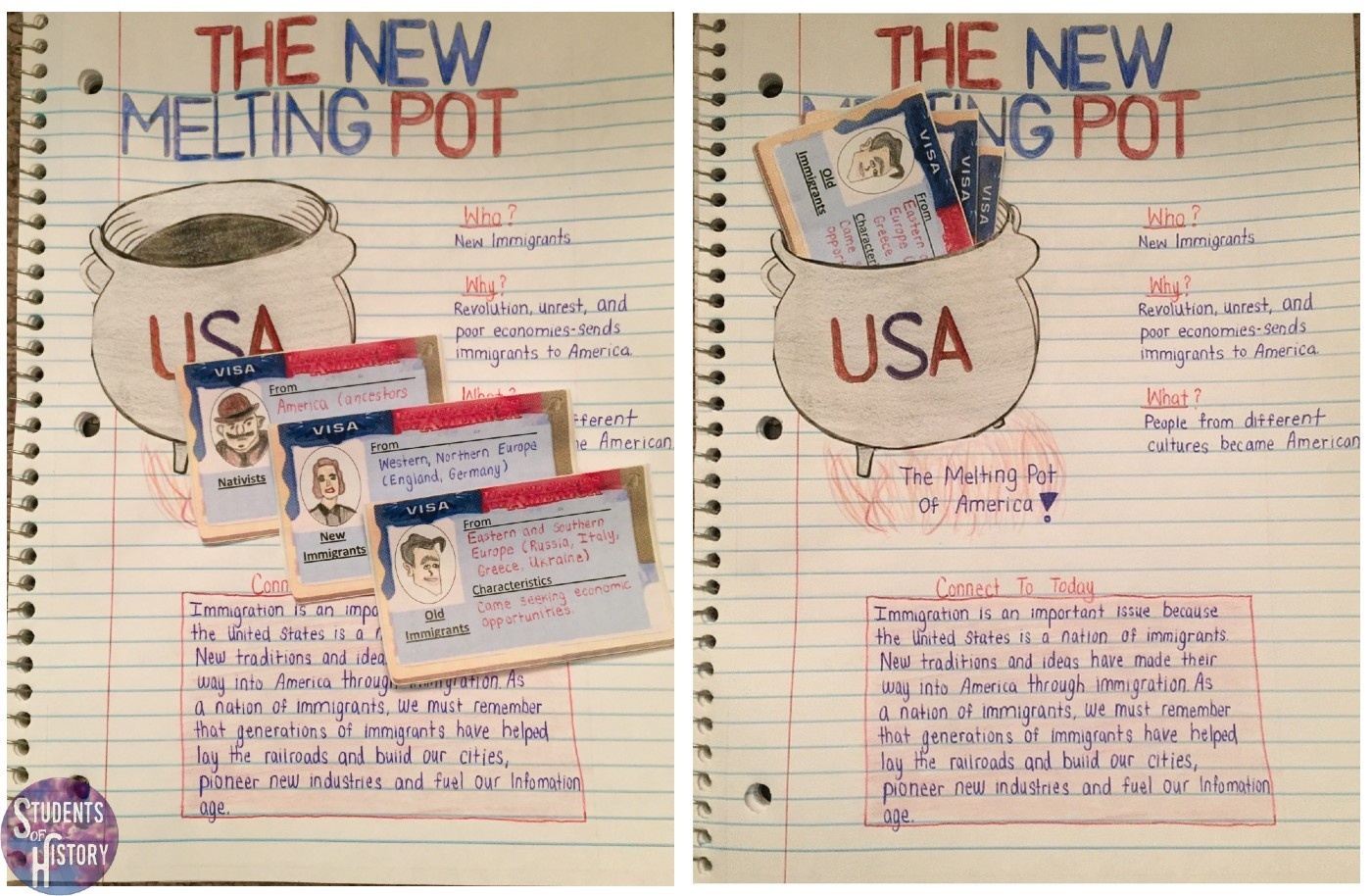 The next lesson focuses on the Chinese Exclusion Act and its aftermath in American society. A thorough lesson plan is included featuring several articles, worksheets, and background materials on the act itself. Additionally, students work on an exit tick to finish up class or learn about one of the forgotten heroes of this era, George Frisbie Hoar.

The unit closes out with a lesson on the working conditions and strikes that occurred during this period of time. First, students read about the Homestead Strike and several others before working in groups on a strikes and labor picket signs project that serves as a hands-on way to understand the issues facing workers at the time. Next, teachers can select to use a fascinating child labor story and worksheet or analyze an excerpt from Upton Sinclair's The Jungle using a worksheet and notebook activity.

The unit study guide packet and digital notebook activities can be used throughout your unit to fill in gaps, provide extension activities, or remediation for students.

The unit concludes with review games and activities followed by an editable test, with editable Google Forms version for easy grading.

You can download any resource individually with the above links and also check out reviews from teachers who have used them. You can also download the entire unit here in a zip folder and have everything saved to your desktop. You can also gain access to the unit through a subscription, which grants you immediate access to the ENTIRE US History curriculum.

If you’re unsure which option might be best for you, you can read about the differences between subscriptions and TpT purchases here.