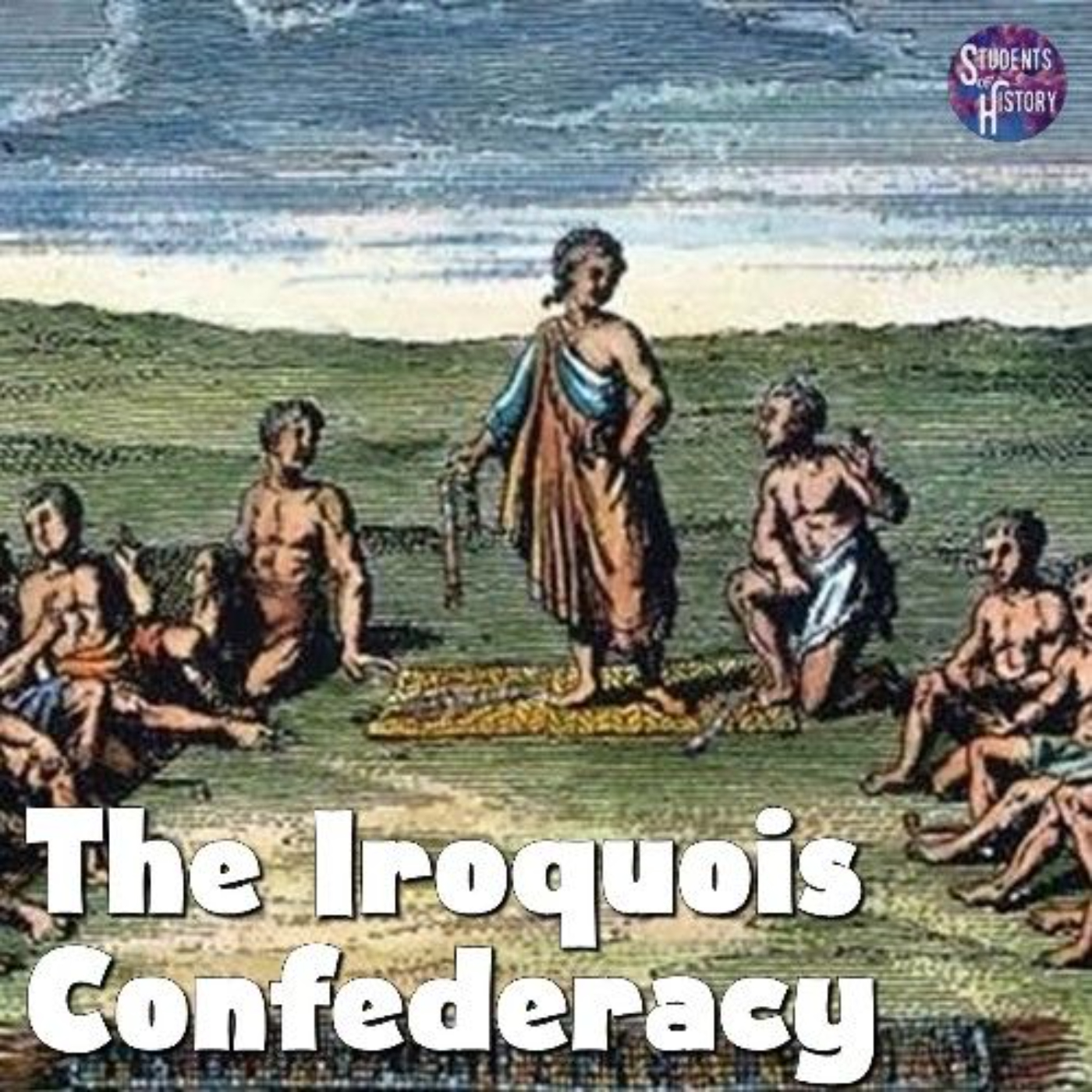 Listen to this article
The Iroquois Confederacy
3:03

The Iroquois are a group of American Indians from the modern-day northeastern United States and Canada. The word “Iroquois” is a French word, derived from a Huron word meaning “black snakes.” They are also known officially as the  “Haudenosaunee” and were also called the Six Nations by the English. Haudenosaunee can be translated to “People of the Longhouse.” 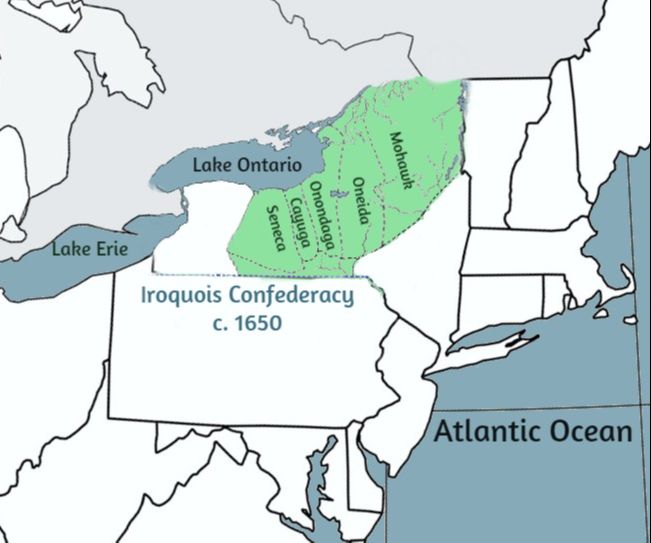 According to oral history, five nations banded together over 1,000 years ago to form a union. The five nations were the Mohawk, Cayuga, Seneca, Oneida and Onondaga. In 1722, the Tuscarora joined the union making the confederacy Six Nations.

A Council of Chiefs served as the Iroquois governing authority, however, the Six Nations function under the Great Law of Peace, an oral constitution that was first created sometime around 1451 and eventually written on wampum belts.

The Iroquois Confederacy established that each nation should handle their own affairs. The Great Law of Peace is a unique representational form of government, with the people in the clans having say in what information is passed upward. Legend has it that Benjamin Franklin used many aspects of the Iroquois system in the development of America's government.

The Iroquois are considered a matrilineal society because descent is passed through the mother, rather than the father. Both men and women have equal roles in the social, political and economic life of the community.

The balance of the gender roles makes the society unique. For example, children of either sex are affiliated with their mother’s clan.

For the Iroquois, the clan is the basic unit of social organization. Members of one clan are considered relatives and intermarriage in the same clan is forbidden. Each clan is led by a Clan Mother. The responsibilities of the Clan Mother include the naming of all those in the clan, as well as the selection of the male candidate for Chief, which the rest of the Clan must approve. She can however remove that same chief if he fails in his duties. 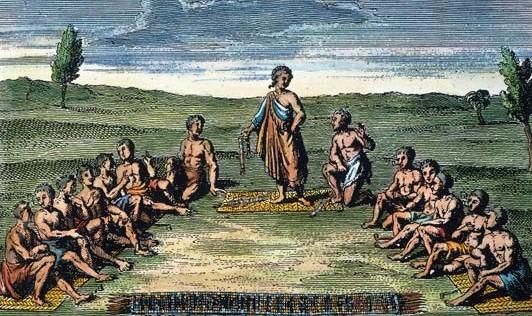 The Haudenosaunee grew a variety of vegetables, such as corn, beans, and squash. Hunting and fishing contributed to part of the food they ate. They also grew tobacco that was used for ceremonial and medicinal purposes. The men and boys usually hunted for deer, bear and small mammals. Although hunting was accomplished by bow and arrow, many also used and guns they traded Europeans for.

The Iroquois lived in villages with long wooden buildings called “longhouses.” Families would live together in the structures with extended family members. The Haudenosaunee viewed the concept of the longhouse like six families living under one roof, with each nation representing a family.

The Iroquois Nations could be described as similar to a large longhouse that extends from where the sun rises in the east, to where it sets in the west. the earth is the floor of this longhouse and the sky is considered the roof. In this great longhouse, the Mohawk nation are the keeper of the eastern door. The Seneca is the keeper of the western door. The Onondagas in the middle are the keepers of the central fire. Together these three are referred to as the elder brothers and they represent half of the longhouse families. The Cayuga, Oneida, and Tuscarora nations are the younger brothers and they represent the other families that complete the house.

Today, longhouses still exist on some Haudenosaunee reservations and are used for ceremonial purposes.