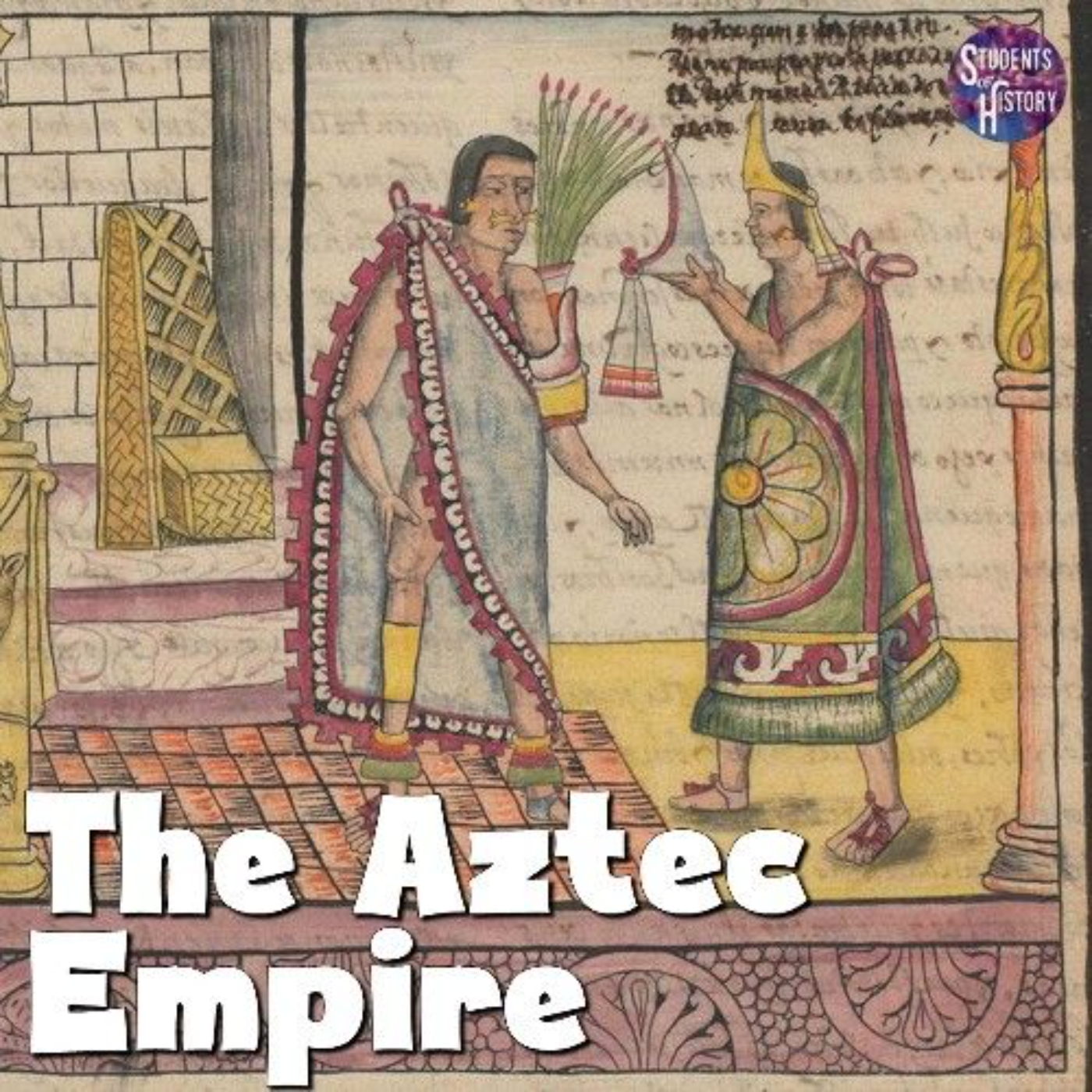 Listen to this article
The Aztec Empire
2:27

The greatest empire of Mesoamerica, the Aztecs, developed in the Valley of Mexico where modern-day Mexico City is located. The Aztecs were driven out of their previous home in Culhuacan and roamed central Mexico for a place to settle. In 1325, they found an island in the middle of Lake Texcoco. There, they saw an eagle perched on a cactus with a snake in its mouth. They believed this was a sign from the gods that this is where they would live and founded the city of Tenochtitlan. 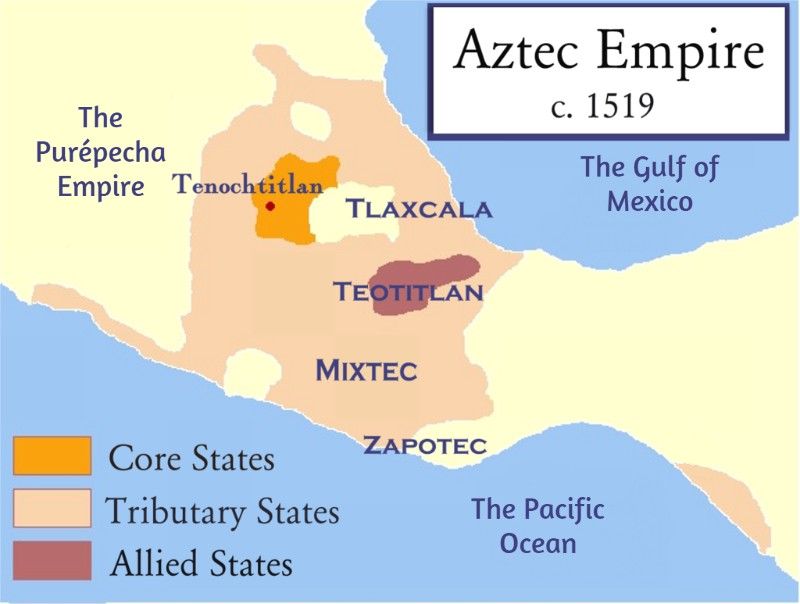 The Aztecs built islands on the water and used the natural resources available to them to grow crops. Tenochtitlan was an incredibly well planned and built city. The Aztecs built causeways, bridges, and canals to travel to and from the city. At its peak, it housed around 400,000 people. In the city, there were temples, ball game courts, schools, and markets.

For farming, they invented chinampas, which were floating gardens to grow crops in swampy lake beds with canals running between them.

The Aztec Empire had city-states that were mostly independently and paid tribute to their emperor. In 1498, The Aztecs formed the Triple Alliance with the Acolhua in Texcoco and the Tepaneca in Tlacopan. Combined, the Triple Alliance represented a powerful military and economic force. The alliance was sustained through trade and a shared culture.

The Aztecs believed that emperors were chosen by the gods and had divine right. They had a complex code of laws and different levels of courts. Tenochtitlan was the center of the Aztec government where the emperor and most of the nobles lived.

Aztec society was made up of classes with nobles ruling over commoners. Slaves were held and served the wealthy commoners and nobles. Family was important to the Aztecs, and families were grouped together in Calpulli or small tribes.

The Aztec people had their own language called Nahuatl. Their writing consisted of glyphs or pictographs. They developed two calendars: the Tonalpohualli, which was used to track ceremonies and festivals and the Xiuhpohualli, which tracked time. 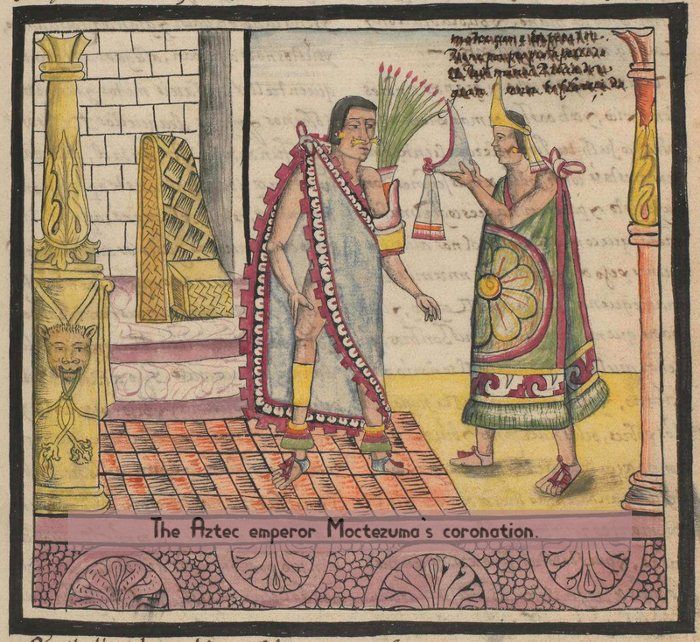 The Aztecs worshiped many gods. Some of the main gods were Huitzilopochtli, the god of war, sun, and sacrifice, and Quetzalcoatl, the god of life and wind. Priests performed ceremonies to make sure that the gods were always pleased. The Aztecs practiced human sacrifices to their gods at the top of large ziggurats.

In 1521, the mighty Aztec Empire was conquered by Spanish conquistadors. Believing that he was the god Quetzalcoatl, the Aztec emperor Montezuma II welcomed the Spanish conquistador Hernan Cortez, who later turned the Triple Alliance against the Aztecs and took over Tenochtitlan.