Timeline of the American Revolution 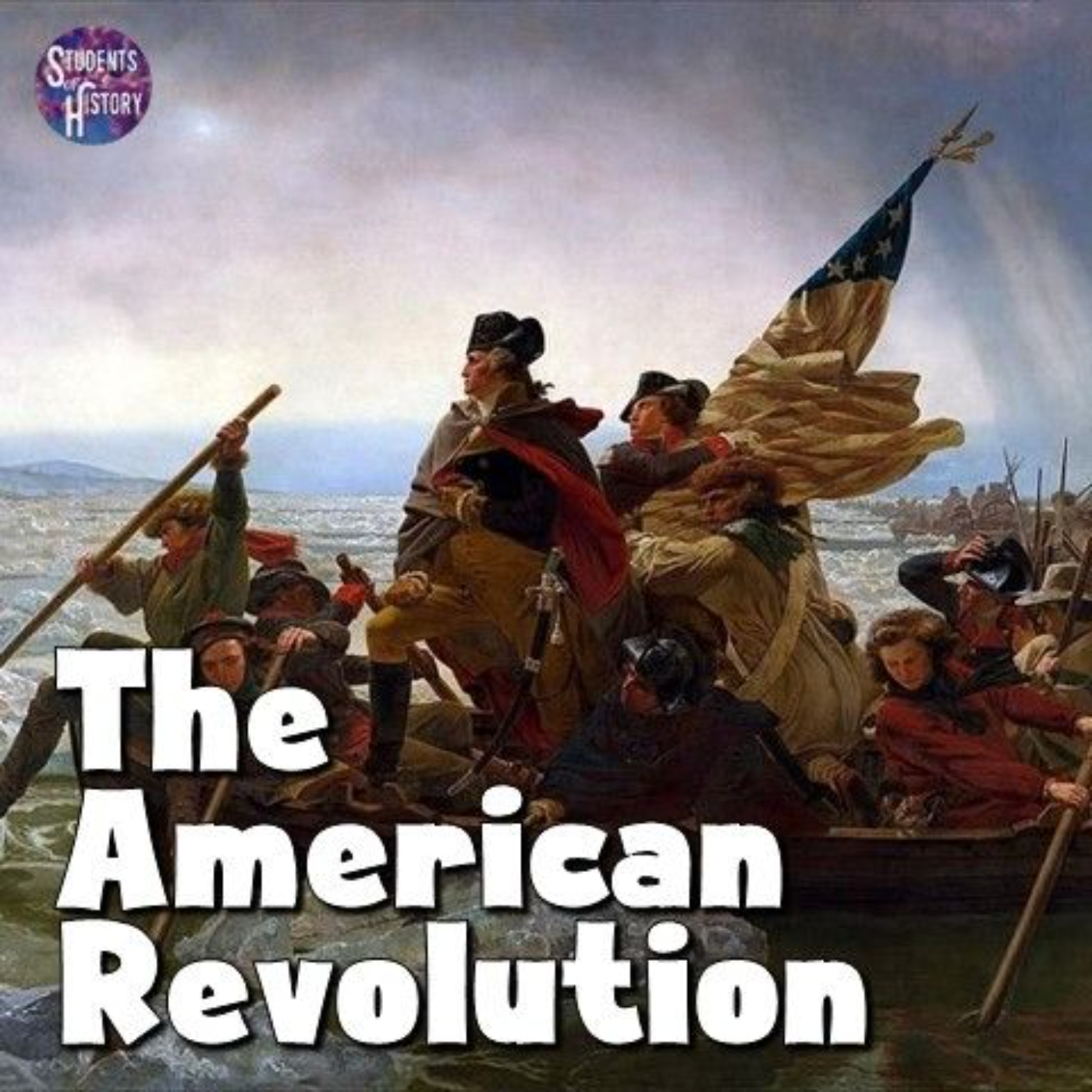 Listen to this article
Timeline of the American Revolution
4:22

The Revolutionary War was fought from 1775-1783 between Great Britain and the 13 American Colonies.

There were several long-term causes that led to the conflict. First, many colonists felt that the taxes imposed on them were unfair and that Britain was trying to increase its control over the Colonies.

The colonists were also upset that they had no representation in Britain's Parliament or ways to voice their displeasure. This led to many protests in the early 1770s and eventually the colonists declared independence against Great Britain and fought to be recognized as an independent nation.

Each side had strengths and weaknesses. The American strengths included the motivation to fight for their independence, the advantage of fighting at home, and an eventual alliance with France secured by Benjamin Franklin. Their weaknesses included difficulties raising funds for the war, no navy, a very small army, no training or organization, and many colonists still supported the Crown.

British strengths included having an much larger and more experienced army, the strongest navy in the world, and alliances with Native Americans. British weaknesses included fighting in an unknown territory and debate among the British people if the war was necessary due to the costly nature of it. 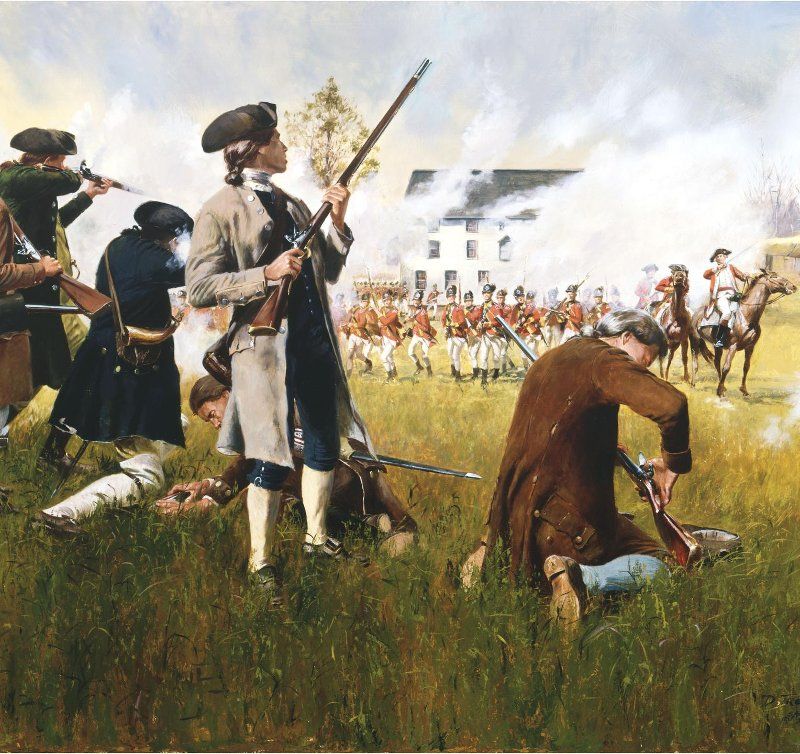 The first conflict of the Revolutionary War, while very short, was called “the shot heard ‘round the world”. It took place in Lexington and Concord, Massachusetts on April 19, 1775. British troops were marching from Boston to confiscate Colonial military supplies in Concord. Colonial militiamen first encountered the British troops at Lexington and fled after a few shots were fired.

After the Americans fled, British troops marched to Concord where they were met with hundreds of American militiamen. At Concord, they forced the British troops to retreat back to Boston. This defeat signaled their growing military force and an official start to the American Revolution.

The Battle of Bunker Hill was fought a few months after Lexington and Concord. It was significant because even though the British defeated the Americans, the Americans inflicted significant casualties on the British. This boosted the American’s courage and confidence in their abilities to achieve a potential victory. Many more militiamen joined the army and the revolution continued to grow.

By 1776, the American Revolution was well underway. Great Britain gained thousands of African American supporters when their Royal Governor of Virginia offered freedom to all those enslaved in the Colonies to join the British side.

Small battles had been fought across the Colonies when, on July 4, 1776, the Declaration of Independence was adopted by the Second Continental Congress. This stated the grievances the colonists held against the king and made their push for independence official.

Patriots continued to fend off attacks from the British and their hired Hessian soldiers. However, by the end of 1776 the Continental Army was experiencing extreme hardship and were not sure if they would be able to continue to fight.

The Patriots had lost several important battles and lost ground to the British. Many men were injured and decided to leave the army. By December 1776, Winter arrived and Washington’s army was dwindling.

The Continental Army desperately needed a victory. On Christmas night 1776, Washington led his army across the icy and dangerous Delaware River for a surprise attack on a group of Hessian soldiers stationed outside Trenton. The Hessian soldiers were German soldiers hired by the British to fight in the war. They did not expect the Continental Army’s surprise attack and quickly surrendered. This victory provided a much needed boost of morale for the Americans soldiers and kept the struggle for independence alive. 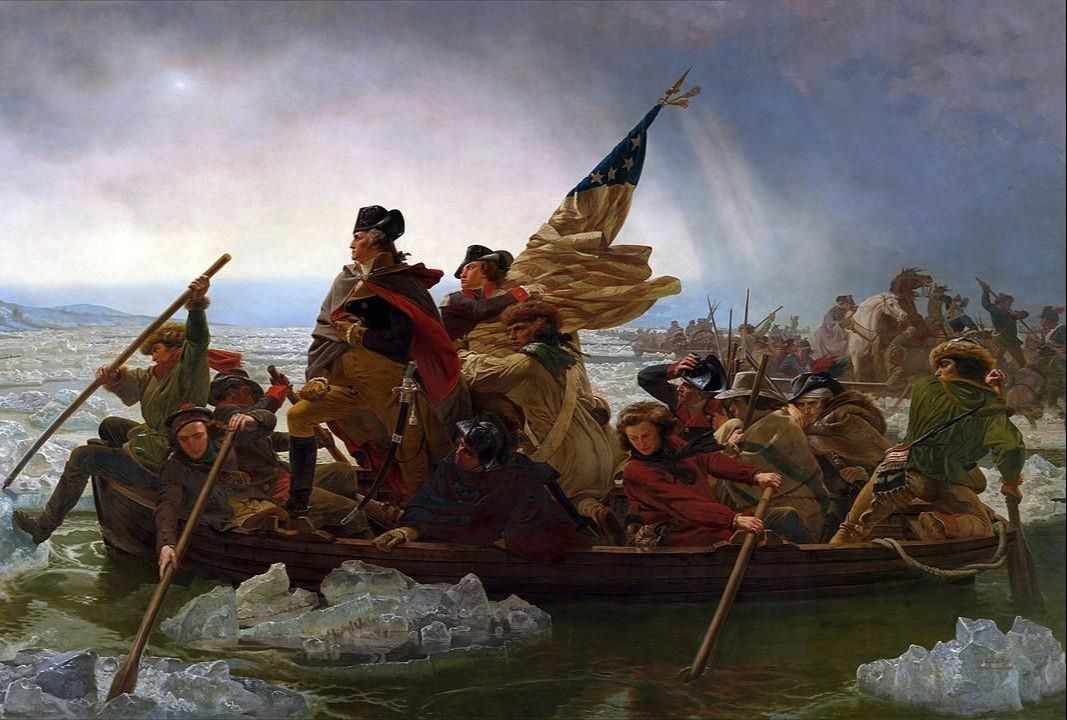 The following year in 1777, the British again proved their strength with victories and occupied major cities including New York and Philadelphia. As winter set in, Washington and his 12,000 troops set up camp at Valley Forge, Pennsylvania. The soldiers faced cold, lack of food, and exposure to the harsh elements. Almost 2,000 soldiers died due to the conditions. Despite their hardship, the troops reorganized and trained to become an efficient and disciplined army.

The war would be fought for another four years until it’s last great battle at Yorktown, Virginia. With the aid of French troops, The Continental Army, led by Washington, Alexander Hamilton, Marquis de Lafayette, Rochambeau, and others led a siege of Yorktown that surrounded the British army.

This led to the surrender of British General Lord Cornwallis in October 1781. Soon, the British government began deliberations for a peace treaty. The Treaty of Paris of 1783 formally ended the war and Britain recognized the independence of the United States.