The 14 Points and the Treaty of Versailles 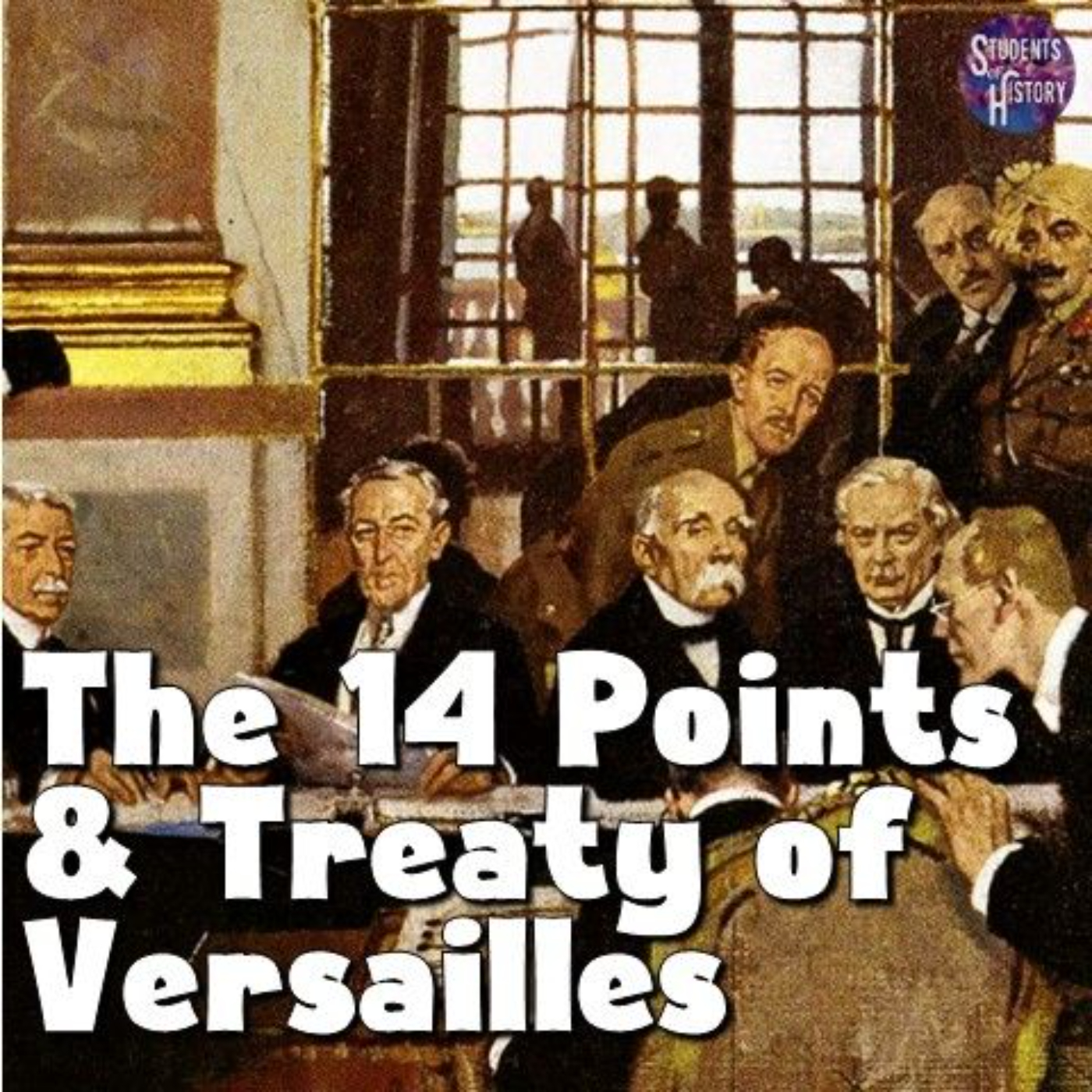 Listen to this article
The 14 Points and the Treaty of Versailles
2:35

In early 1918, the end of World War 1 was finally in sight. President Woodrow Wilson wanted nothing more than to assure the American public and Europeans that a war of this nature would never again occur.

Wilson drafted and read his proposal to Congress, a multi-step plan that he titled The 14 Points. When fighting finally ended after the armistice in November 1918, a conference was planned to take place in France. Wilson took his 14 Points to the Paris Peace Conference in January 1919.

Some of Wilson's Points were adopted. However, the conference was contentious, with each Allied leader looking out for their own interests. The result of the conference would be the Treaty of Versailles, one of the most controversial peace treaties in history.

As far as his original 14 Points was concerned, Wilson proposed an end to secret alliances, for he had seen the effects of countries forming secretive military relationships with one another. He also encouraged self-determination for conquered colonies, freedom of the seas, and promoted open trade. He also advocated for Italy’s borders to be redrawn.

The Treaty of Versailles, on the other hand, mainly featured components designed to punish Germany. Many of the leaders who attended the Paris Peace Conference were upset with Germany, and they wanted to impose harsh penalties. 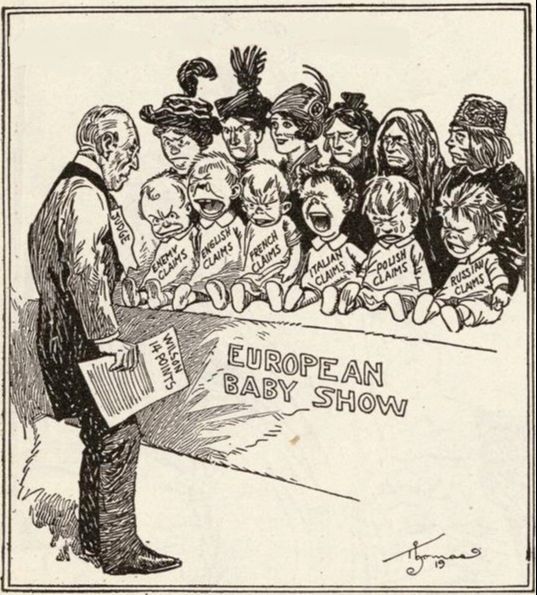 France and England's leaders insisted the treaty stipulate that Germany give up its colonies and pay reparations, or money owed to other countries that experienced damages and casualties during the war.

This essentially put the blame on Germany for the war, and the treaty made it all but necessary that Germany accept that blame. In return, the treaty stated that the Allied soldiers would leave Germany if all the requirements were adhered to.

There were nevertheless some shared components between Wilson’s 14 Points and the Treaty of Versailles. Namely, both called for a reduction of armed forces in Germany. German soldiers would also be removed from its territories, while any territories which were taken from France would be returned.

Belgium would also be granted its independence, and new nation states would be born from the Austro-Hungarian and Ottoman Empires, namely Poland, Czechoslovakia, Finland, Hungary, and Turkey.

Finally, the two documents both featured the creation of the League of Nations. This would be an international organization with a mission to maintain world peace. It was designed to prevent future wars through collective security, disarmament, and by settling international disputes through negotiation.