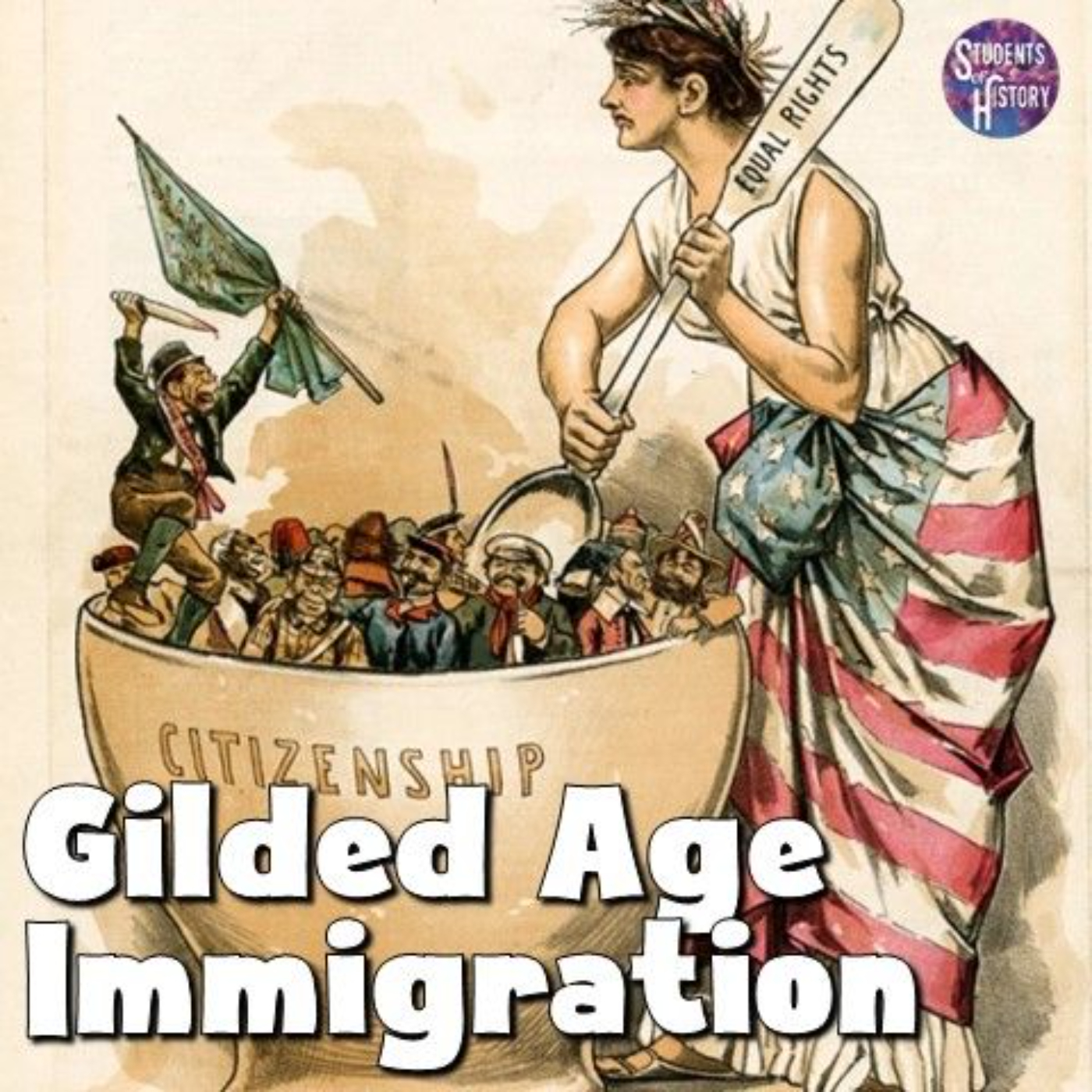 Listen to this article
America's Melting Pot in the Gilded Age
2:55

After the passage of the Homestead Acts and the end of the Civil War, the United States experienced an influx of around 12 million immigrants from various countries around the world.

Many of them moved to America with the dream of making a better life for themselves, either by finding a job or to escape religious and economic struggles that they might have been facing in their home country.

Once on US soil, however, immigrants were not welcomed with open arms. They were largely expected to join the Melting Pot, a term for various ethnic groups losing their culture and assimilating into American culture. Imagine taking many different colors of crayons and melting them together. The end result would be one color once the crayons melded together. In the same way, the U.S. was considered a place where cultures and ethnicities would “melt together” and become one.

The immigrants who arrived in America during the Gilded Age were known as New Immigrants. They mostly came from Southern or Eastern Europe, including Italy, Poland, Russia, and the Balkans. Until they were excluded by law, immigrants from China and Japan also arrived in large numbers as part of this wave of immigration.

The New Immigrants were primarily Catholic, Orthodox, or Jewish. More of them were illiterate, meaning they could not read nor write, and were unskilled workers. Due to the fact that many of them did not speak English and did not come over with much money, they faced hostilities from many in America.

They were called New Immigrants to distinguish them from the Old Immigrants. These were the people who came to America before the Civil War. They came primarily from Northern and Western European countries such as England, Germany, and Ireland. 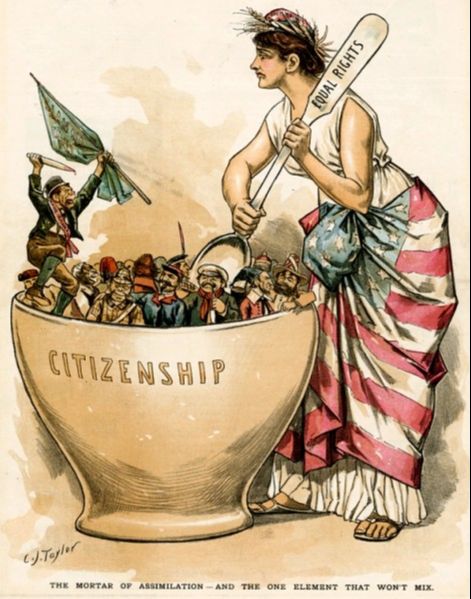 Old Immigrants usually belonged to the Protestant faith, were more likely to be literate (meaning they could read and write), and had skilled jobs. The majority of them came as families and had some money to their names. The Old Immigrants assimilated, or fit in, much more easily than later immigrants due to the fact that they either spoke English or because they were considered "white".

Many of these Old Immigrants began to support nativism during the Gilded Age. These Nativists were staunchly anti-immigration. They often traced their American ancestry back to one the original British American Colonies.

Their strong feelings about immigration and the desire to preserve a what they believed was the "true American identity" led to the formation of the American Party. This became popularly known as the Know Nothing Party because members were instructed to say "I know nothing" whenever they were asked about it.

Members of the Know Nothing Party sought to protect the rights of what they called “native-born Americans”, which ironically did not refer to American Indians. They were white Protestants and anti-Catholic, with a particular disdain for Irish Catholic immigrants. They thought that America's New Immigrants threatened them socially and economically.

The party died out in the second half of the 19th Century, with supporters switching to the Republican or Constitutional Union Party. 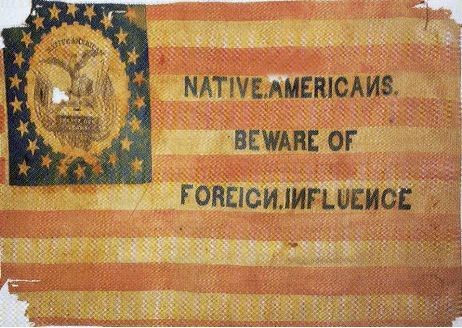