Exodusters and the Homestead Act 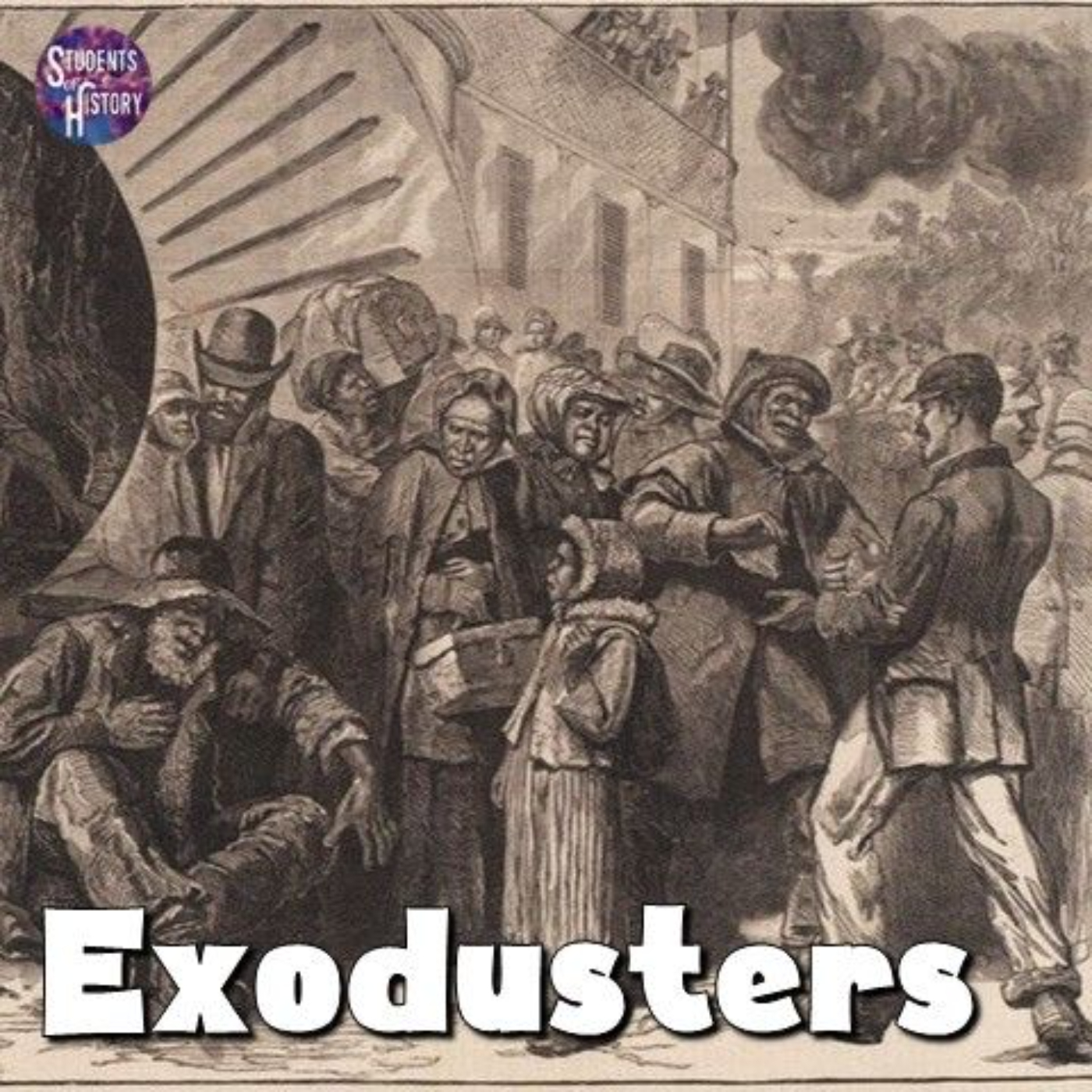 Listen to this article
Exodusters and the Homestead Act
2:24

The  Homestead Acts were first passed in 1862 and provided any person up to 160 acres of public land essentially for free. The requirements were that they live on it, improve it, and pay a small registration fee.

In all, more than 160 million acres of public land, or nearly 10 percent of the total area of the United States, was given away free to 1.6 million homesteaders. Most of the homesteads were west of the Mississippi River.

One famous homesteader was Pap Singleton. He was born into slavery in Tennessee in 1809, but escaped along the Underground Railroad in 1846. He returned to Tennessee after the Civil War and later took advantage of the Homestead Act to bring thousands of Black families to Kansas. 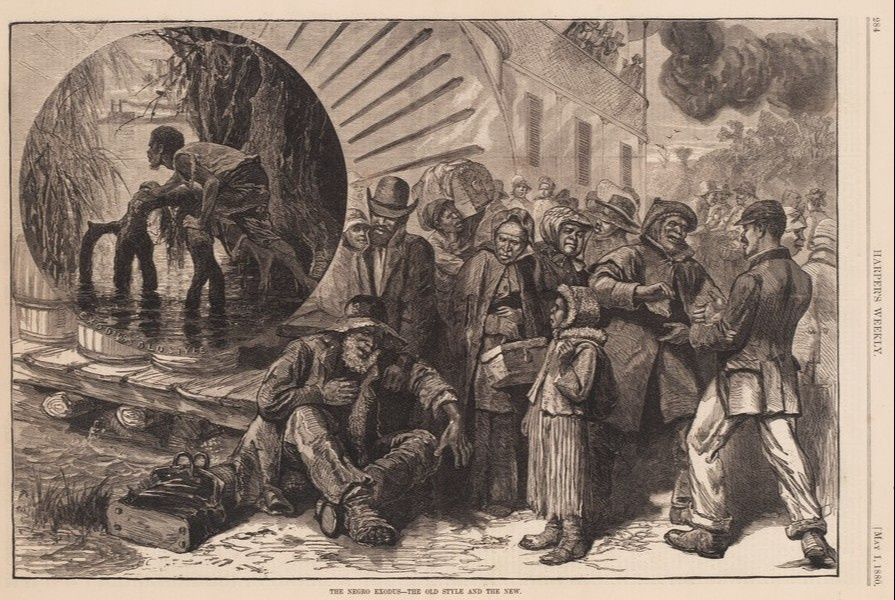 After Reconstruction ended with the Election of 1876, violence and discrimination toward Black people became entrenched in the South. Pap Singleton realized that African Americans could not achieve economic equality in the South.

Singleton recruited a group of Black settlers and searched for government land which his settlers could acquire through the Homestead Act. He found available land on what had been the Kaw Indian Reservation near the town of Dunlap, Kansas. In 1879, they officially established the Dunlap Colony and made the colony a success. He eventually recruited over 8,000 “Exodusters” to found settlements in Kansas.

These migrants called themselves Exodusters, a name which took inspiration from the biblical Exodus, during which Moses led the Hebrews out of slavery in Egypt and into the Promised Land. The Exodusters settled primarily in Kansas but also in Colorado and Oklahoma. Kansas was heavily promoted by Singleton and also had a history connecting to John Brown, who many Black people looked up to for his work to help end slavery.

The most successful of the Exodusters were those who moved to urban centers like Topeka, Kansas and found work as domestic or trade workers. However, many others became farmers in the Kansas prairies.

Exodusters established many Black Townships in Kansas and other states. Nicodemus, Kansas is the most well-known, and successful planned community devoted to Black settlement. It was founded in 1877 and attracted many formerly enslaved people from Kentucky.

The harsh living conditions were difficult to adjust to, but after a short time the settlement grew to include a school, two newspapers, three general stores, at least three churches, a few small hotels, literary society, ice cream parlor, a bank, and a population of around 600 people. 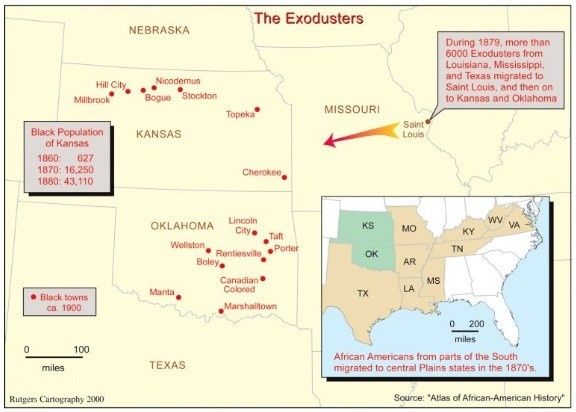