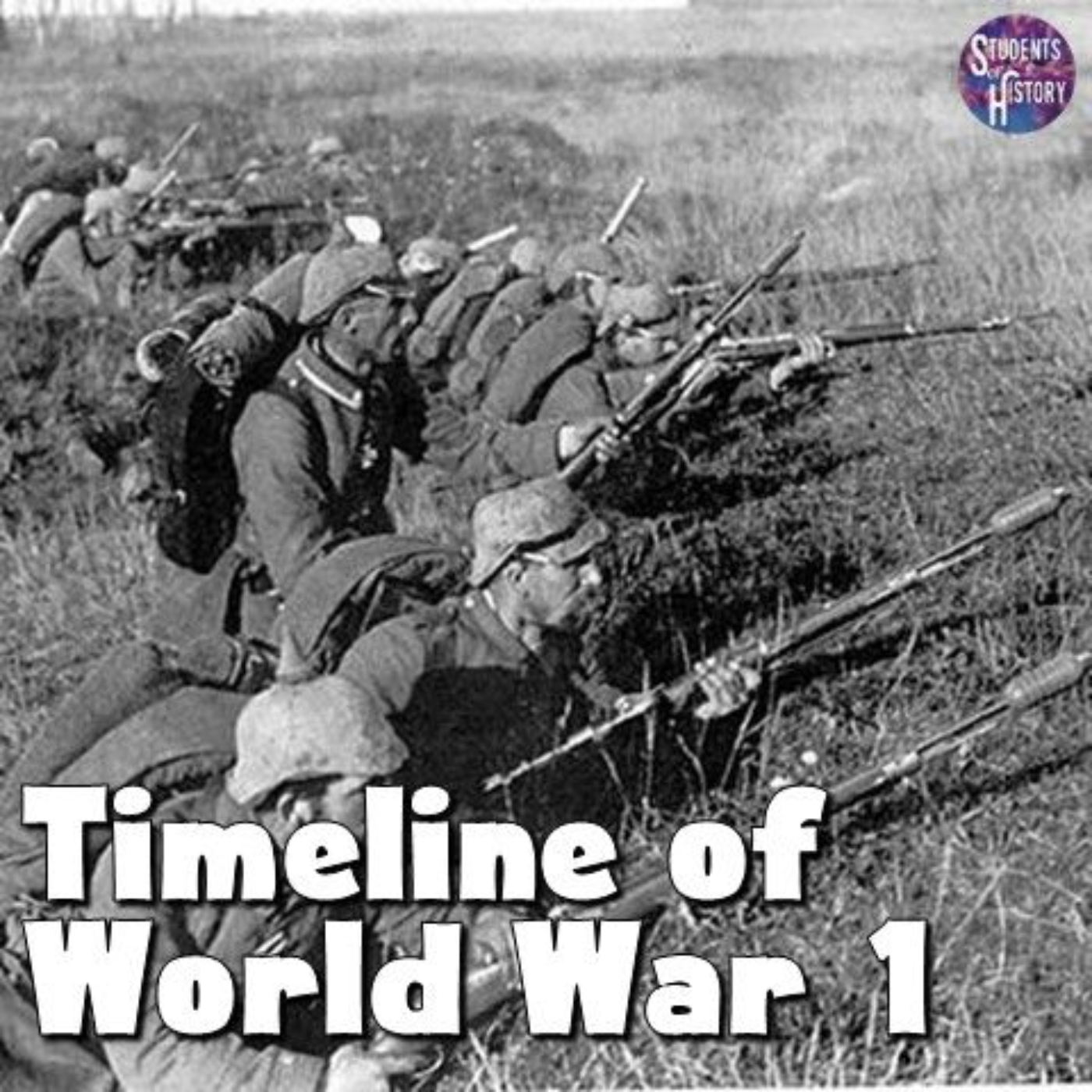 Listen to this article
World War 1 Timeline of Battles & Events
3:04

World War 1 began in 1914 after the assassination of Archduke Franz Ferdinand in Sarajevo. While this was the immediate cause, there are four long-term main causes: militarism, alliances, imperialism, and nationalism.

Militarism is the policy of building a stronger military force, either for added defense or to flex military muscle for influence.

An alliance is a mutual defense agreement between countries; it states that one country will go to war with and fight as an ally for another country.

Imperialism is a policy held by a country of increasing power and wealth by acquiring additional territories.

Finally, nationalism is an intense loyalty and pride in one’s country, to the point of feeling superior to others. 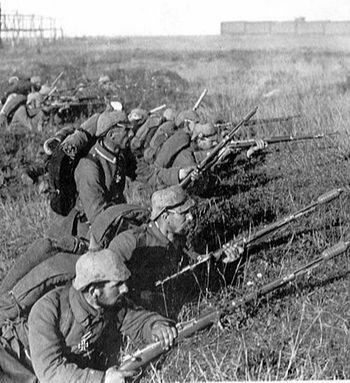 These four elements led to the explosion of war after Franz Ferdinand's assassination. The Germans entered the war with a plan for victory, named the Schlieffen Plan for the German officer who devised it.

This plan was to avoid a prolonged war on two fronts, or sides. Germany hoped to swiftly defeat the Russian army in the east before turning its sights on the French army in the west.

In September of 1914, France and Germany engaged in the Battle of the Marne, wherein France’s army surprised the German forces who were stationed near the Marne River. After days of fighting, the German forces finally retreated despite their plan for victory.

In February of 1915, the Allied Powers embarked on the Gallipoli Campaign, which was their attempt to control the sea route from Europe to Russia. It was named for the location of the campaign, off the coast of modern-day Turkey. The campaign, however, was not successful and was a major victory for the Ottoman Empire.

For a period of 10 months, French and German forces engaged in the Battle of Verdun from February to December of 1916, making it the longest single battle of WWI. It was significant in that it was the first time flamethrowers were used, and it resulted in massive loss of life. French forces, however, emerged victorious.

During the Battle of Verdun, the British attacked to take pressure off of the French, an event which became known as the Battle of the Somme. This battle saw the first use of tanks and was another long, deadly battle.

After the 1915 sinking of the Lusitania, Germany's continued unrestricted submarine warfare, and the 1917 Zimmerman Telegram, America was prompted to join the war. The American presence had a tremendous impact, as French and British troops were exhausted after three years of intense fighting. The fresh American "doughboys" and supplies proved to be the difference for an Allied victory.

Just as America was mobilizing and joining the war, Russia was exiting. Heavy losses, increased poverty, and an ineffectual leader in Czar Nicholas II led to rioting in Russia.

The Bolsheviks, led by Vladimir Lenin overthrew the government in 1917 and agreed to an armistice in December.

Russia and Germany signed the Treaty of Brest-Litovsk in March 1918, officially ending their fighting.

France, England, and the United States continued the war, however, until an armistice for all nations was agreed to on November 11, 1918.

Germany officially surrendered and the Allies were victorious. This day is remembered in history as Armistice Day, but has become Veteran's Day in the United States. 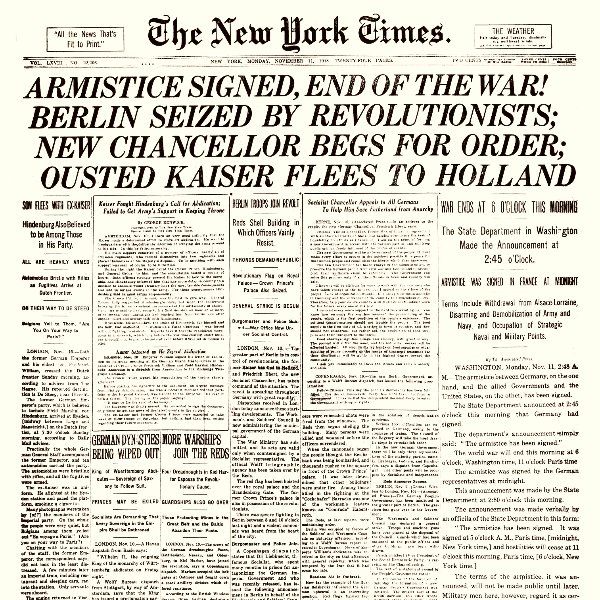